Just in case anyone was actually thinking about buying their new album, the Stereophonics have come up with a foolproof plan to make these people change their minds. 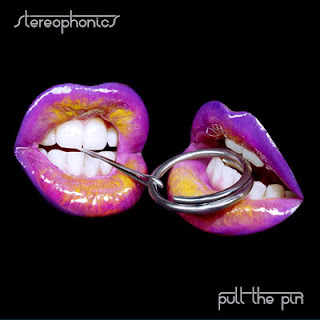 I think that is quite possibly the most repugnant album cover I have ever seen. It is quite stunningly awful.

"Smell the Glove" anyone?

Jesus. I knew they were shit already, but it's good of them to advertise their utter crassness to the whole world too.

Billy Bragg used to put stickers on all his records saying things like "Don't pay more than £4.99 for this album". I imagine that these idiots are putting stickers on this monstrosity saying "Self-awareness, maturity and any sense of irony not welcomed here."

Maybe the artwork says that eloquently enough already?
Posted by swisslet at 22:01