got a devil's haircut in my mind...

Call me a reactionary if you must, but I find myself physically offended by McFly.

It's not just because they are a boy band masquerading as a "real band" (look! they've got guitars and everything!), although that is a pretty good reason. Manufactured shite. And I don't care how much anyone likes their single in support of comic relief....

Anyway. That's not the reason they make me want to throw up everytime I see them. No. That's mainly because of their haircuts. What the hell is going on there? Some sort of short/long, spikey, bleached MULLET, that's what. They're bloody mullets!

Ah, the mullet. The haircut that dared not speak its name for most of the last 20 years, and suddenly they are EVERYWHERE. What happened? When did it become acceptable? Why are men suddenly going into a hairdresser and asking for the haircut that time forgot? 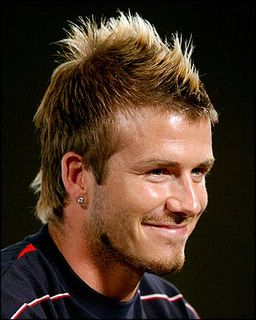 This preening clown has pretty much single-handedly made it okay for men to walk into a salon (not a barber, a salon) and ask for a hair-do. With colouring and stuff. Walk past one next time you are in a town centre - what was once the domain of old ladies and their purple rinses is now filled with every chav-about-town with silver foil on his hair and his head in a giant drying machine. I had a friend pay Toni & Guy £55 for the privilege of giving him a number 4 all over. £55 for a clipper job? That's more than the clippers cost. I would be astonished if there was a hairdresser in the land who doesn't get down on their knees and thank God for David Beckham every day of the week. If they don't, they bloody well should.

Mind you. If there is anything that can be said in this defence, at least there has always been a healthy tradition of this kind of fashion disaster in the football world: 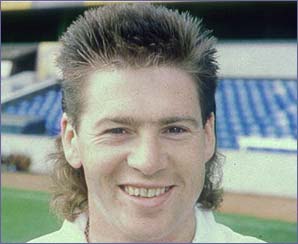 Ah.... Chrissy Waddle. Pretty much the finest exponent of Mullet Art outside of Germany (for surely it's not so much a haircut as performance art?)

This abomination was much to be found in the music industry as well for much of the 1980s (not least with Waddle & Hoddle's "Diamond Lights"). 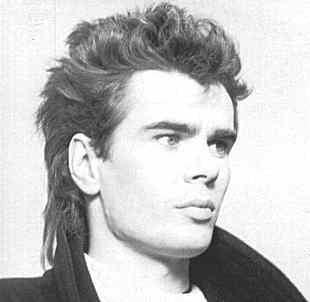 This one is notable for it's sheer length from top to tail - it's like a giant bird plume. (One of the first albums I ever bought was "The Riddle", you know....it's a classic, although I was devastated to read the other day that Nik Kershaw had revealed that it was "nonsense" and there was no answer to the Riddle. I didn't sit puzzling over the lyrics or anything, it just would have been nice if it had a deeper meaning. Maybe it's all literal, and somewhere there IS a tree by a river near a hole in the ground, and the old man of iron really does go around and around....)

I don't think that Nik Kershaw is the real inspiration behind the McFly barnet though. Oh no. Not by a long shot: 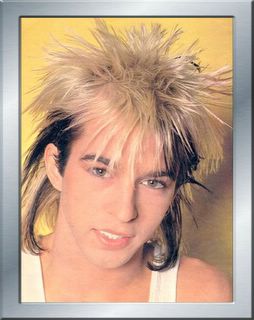 It has to be Limahl doesn't it? Only Limahl has the same ambitious combination of spikes, long hair/short hair and a badger dye job.

This haircut has been ridiculed for YEARS. How has it wriggled its way back into the mainstream? I just don't get it. There were loads of them at the Athlete gig last week as well.