oh we can beat them, for ever and ever... 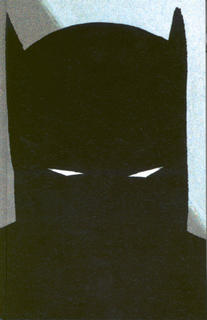 I reckon that the world could do with some heroes; someone to stand up and be counted; someone to look to when everything seems lost; someone to act as a symbol of defiance, a symbol of how we will not be beaten.... above all, someone who can stop terrorists setting off the bombs that indiscriminately kill and maim.

I'm aware that I tend to wear my geek-ish tendencies on my sleeve somewhat, so it will come as no surprise to anybody that I grew up as an avid reader of comics. I was a Marvel man. For all of their extraordinary powers, Stan Lee's characters tend to be ordinary people with ordinary problems: Spiderman may have been able to climb walls, but he had money worries and struggled in his relationships with women. I found these flawed heroes far easier to relate to than a seemingly invulnerable creation like DC's Superman.

When I was 13 I discovered Frank Miller's "Dark Knight Returns". Gotham City is a city spiralling into chaos and its citizens teeter on the brink of despair. They desperately need a hero, but it has been 10 years since the last sighting of the city's talisman - Batman. Miller tells the story of how a middle-aged Bruce Wayne comes out of retirement and provides the symbol of hope that the desperate citizens so need. It remains the greatest comic I have ever read. It is dark. It is brutal. It is a million miles removed from the "kapow!" world of Adam West and the Joel Schumacher Batman films, and is the template aspired to by Tim Burton in the first two Batman films and by Christopher Nolan in "Batman Begins". 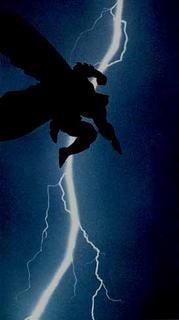 I don't want to stretch the parallel too far, but in some ways we have a lot in common with the citizens of Gotham City. We are being held to ransom by criminals who have no regard for our lives or for our way of life. For all of our power and resources, for all our CCTV and Special Branches, we seem to be unable to stop them from striking at the heart of our society.

What price a superhero now? 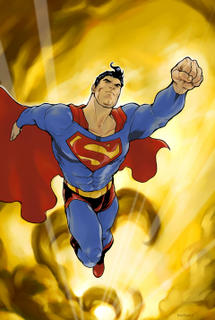 It wouldn't be enough, would it? Life's never that simple, and issues are never black and white.

Just as he is in the "The Dark Knight Returns", Superman would be a pawn of the US Government. Under the control of his Commander-in-Chief, he would have been used as a weapon in Bush's war in Iraq, and for all his whiter-than-white moral posturing, he would be the personification of US imperialism and would be as much a symbol of hatred across the world as George W. Bush. Perhaps more.

Just as he is in the comics and in the films, Spiderman would be portrayed by the press as a menace to society. We would be suspicious of his powers and of his motivation. Why does he wear a mask? What does he have to hide? Who is he? What does he want? 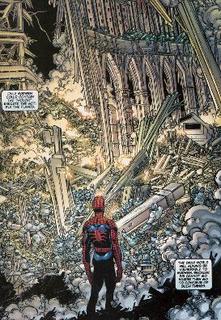 And do you know what? In the end they would be as powerless as we are. How can they be any more effective at stopping these attacks than anyone else? No matter how great your powers, are you going to be able to be on every bus, on every underground train, checking every bag, every suspicious looking character in the rush-hour crowd?

We don't have any superheroes, but every single person who got on the number 30 bus yesterday or who went to work on the Underground was standing up to be counted and was acting as a symbol of defiance.

We will not be beaten.
Posted by swisslet at 10:29