Scenes from a French Airport:

"Of course, nobody was buying property as an investment in those days. I paid £38,000 for our little farmhouse, and I reckon we've spent about £12,000 on it so far. Prices have doubled. I've spent most of the week doing DIY actually. Yes. The wife and mother-in-law are moving out in October, so I've been busy putting in a shower for them. They only pick idiots for those makeover programmes - only those people who have picked the impossible project. No. I don't really watch them. We're about half an hour outside of Perpignan. Yes. It's very windy. Really windy. We're also about half an hour away from a ski station. Just a small one. No poseurs. Only one black run though. I've been most surprised by the roads here: they're excellent. It costs about 35 Euros in tolls to drive down from the ferry. We tend to take the ferry to Caen as it only skirts around Paris. If you come in through Calais you hit the Périphérique and the traffic can be terrible. We live in a lovely little hamlet. Really gorgeous. There are about 30 properties in all: 9 Germans, 6 Brits and 3 Dutch. The rest are locals in their 80s who have lived there all of their lives....."

At this point my whole body was shaking as I tried (and failed) to supress my laughter, so it was with some sadness that I had to stand up and move seats to somewhere I couldn't eavesdrop on the rather one-sided conversation taking place behind me.... It's the details that I loved: the wind, the number of black runs at the ski station, when the mother-in-law is arriving. All lovingly imparted to a total stranger in an airport departure lounge in a wonderfully smug tone. Sounds like a great place to live though, eh? I imagine that his local tabac sells the Daily Telegraph. 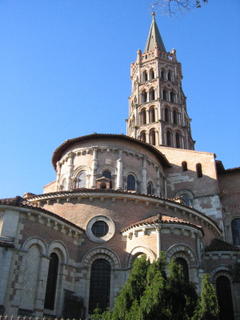 It was a wonderful few days in the late autumnal sunshine of the South-West of France. We wandered around Toulouse, with its narrow streets, and beautiful crumbling brickwork that turns a shade of pink in the light of the setting sun. We sat at little cafes and drank coffee and ate croissants; we explored the markets and we browsed the boutiques. We ate well. Oh, we ate well. Saucisse, confit, cassoulet.... all local specialities and all fantastic.

We went out to the Pyrenees and wandered through a forest admiring the red squirrels, the birds and the tranquility. We hired a car and went out to explore the Cathar heartlands in the mountains, especially Montségur, a ruined fortress perched 3000 foot high on the top of a mountain. 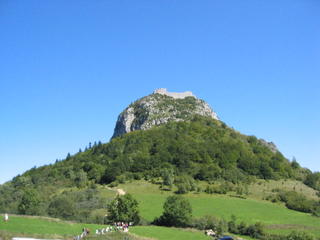 We were blessed with clear weather, and from the top you could admire the vista across the foothills of the mountains and back towards Carcassone. On the drive home we stopped to admire the tremendously preserved fortress that is a UNESCO World Heritage site. Yes, it's a bit twee and its narrow streets are absolutely packed with shops selling postcards, tea-towels and replica swords. Yes, it is generally packed with coachloads of tourists (although actually not too bad now we're at the end of the season). Yes, it has been obviously been restored in places over the years (the historian in me would almost prefer to walk around a ruin than see something rebuilt). You know what though? It is still stunning. 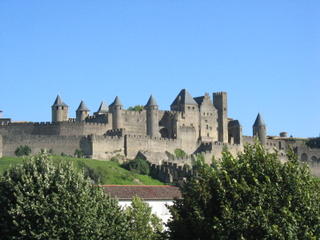 So what else do you need to know? That the quality of music played on French radio veers wildly from the sublime ('Take On Me' by A-ha, 'Do You Want To?' by Franz Ferdinand, 'You're Beautiful' by James Blunt) to the ridiculous ('Africa' by Toto, 'I Just Called To Say I Love You' by Stevie Wonder) and on to the simply offensive ('Sussudio' by Phil Collins). Most of the people I met though simply thought that the White Stripes were amazing and that the Clash was where it all began, and frankly that's alright with me. Mind you, that was at a party where the playlist included The Smiths, Led Zeppelin and Daft Punk, so perhaps they aren't representative....

All in all then, a great few days away. I was relaxed right up until the moment that the plane was delayed by an hour, and don't even get me started on the sour-faced welcome you get to the UK as you are penned in like livestock waiting for customs to check your passport..... 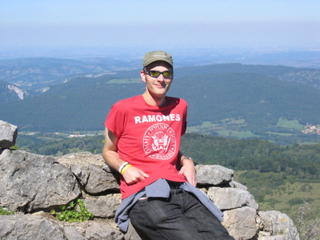