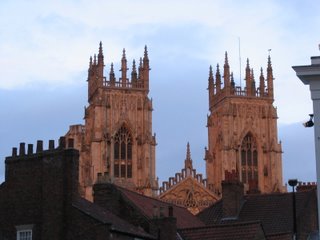 My train on Friday night dropped me off at York. As I had about an hour to kill before Jamie's train arrived and before we were both picked up, I decided to wander into town. York is one of my old stamping grounds and I thought it might be nice to have a quick look at some of the old landmarks. 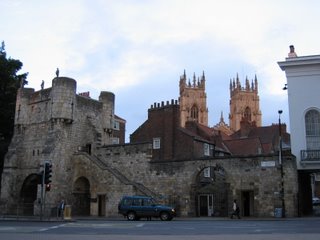 I love York Minster. I think it might possibly be my favourite cathedral in the whole world. It's not flashy or ostentatious, but it is HUGE. It is made of an attractive light coloured stone and it towers over the city (there's actually a planning regulation in York that has been in place for centuries that restricts the height of any buildings). I love the stained glass inside (York Minster is reputed to house half of the Medieval stained glass in England). I love the sculptures, especially the choir screen of English monarchs. Above all, I love the feeling of space that you get when you stand in the nave of this monumental piece of architecture and look down towards the altar.

...but I've probably bored you enough about cathedrals in the last few weeks, so I'll leave it there. 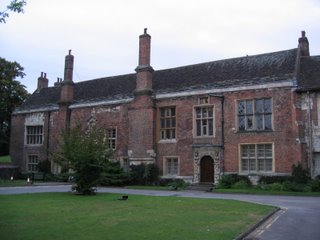 The reason I originally moved to York was to study for a Masters degree in Medieval History. The main campus of the University of York is situated a couple of miles from the town centre and is an extremely unattractive 1960s constuction. I was lucky enough that the Centre for Medieval Studies is located in the King's Manor - in the shadow of the Minster itself, and an extremely handsome building in its own right. 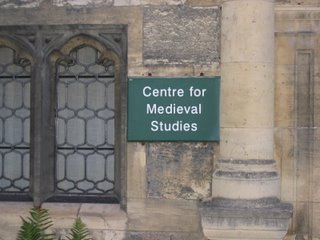 It was here that I spent many happy hours debating the minutiae of Medieval art and history, and it's here that a copy of my Masters dissertation resides in the library ("Historical Precedent and the Deposition of Henry VI" - you probably won't need to ring in advance to book a reading). 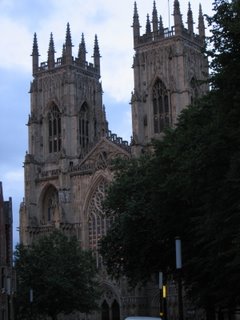 The Minster was not actually open to the public by the time that I got there, so I wasn't able to nip inside and wander around, but it was nice to see the old girl and it gave me a chance to have a look at some other areas of interest.... 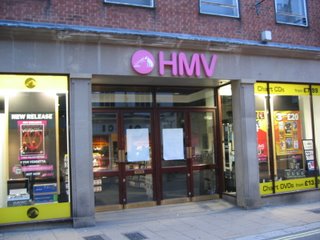 I worked here for a number of months between completing my degree and getting a proper job. It's also here that I first hurt my back when they made me work unpaid overtime (the manager literally locked the doors to stop us getting out). It hasn't changed terribly much, and it gives me some satisfaction to think that I haven't actually bought a CD from HMV for many years. 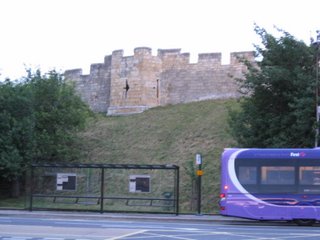 York isn't a brilliant place to live really. It's quite a small town and is perpetually full of tourists. There are lots of fantastic pubs and restaurants, but there are also lots of shops where you can buy tea-towels, plastic swords and postcards and not many where you can buy more practical things. On the whole Nottingham is a much better place to live: it's a vibrant city with hundreds of interesting shops and several good music venues.

I do miss the architecture and the history though.
Posted by swisslet at 20:23