the cream cannot help but always rise up to the top...

I think I've just heard the song that best describes the way I currently feel about the world.

That man Jarvis, he speaks THE TRUTH.

I don't know if The Man is scared that The Kids will hear someone telling it like it is or what, but I think it's a fucking disgrace that they won't play this song on the radio....

It's good to have him back, isn't it? We need more people like him wafting their arses in the face of the absurdity of the world.

Judging by last week's NME though, he does have terrible Old Man Hands. 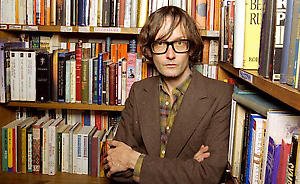 On a slightly different (but equally musically related) note, Pynch mentioned "Paperback Believer" over at his the other day. It's a mash-up of "Daydream Believer" by the Monkees and "Paperback Writer" by the Beatles, and sounded interesting enough that I looked it up.

"Go Home Productions" is run by a guy called Mark Vidler ("producer / remixer / DJ") and it contains a whole lot of cool MP3s that you can download.

Destiny's Child & Thin Lizzy? Check.
David Essex & The Doves? Check.
"Daytripper" and Michael Jackson? Check.
The Chemical Brothers & The Velvet Underground (with a touch of U2 for good measure)? Check.

There's loads more too, so go lookee (or am I just the last man on Earth to find this stuff?)

Oh, and whilst you are at it, check out Del's mash-ups too. Also ace.
Posted by swisslet at 22:07