I've bought two albums so far this week, and after a couple of listens, both of them seem to be winners. 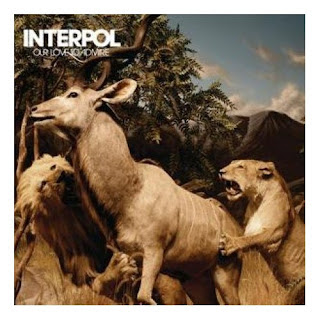 It was probably predictable that I was going to like the new Interpol album. I've said before that Interpol are probably the band that best personify my music taste: slightly spiky indie-style music played by four skinny white blokes blokes. Doomy lyrics.

Yeah, I think that about sums it up.

I suppose to the uninitiated, "Our Love To Admire" is more of the same. To my ears though, it sounds like they have moved on: the music is more textured and even singer Paul Banks hints that there might be some depth in his monotone. 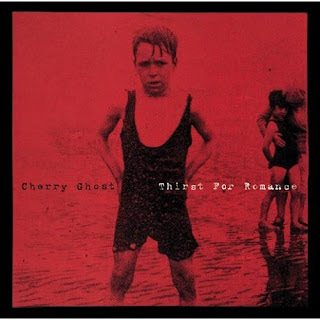 Cherry Ghost are a bit different. In spite of the fact that they performed at Glastonbury, I first heard them a week or so ago when Lord B insisted that I listen to their cover of "Welcome to the Black Parade" on the Terrahawk's Live Lounge. As novelty covers go, it was amazing.... and as Jo Whiley rightly called, it made it sound as though it had been performed by Johnny Cash.

You might be familiar with "Mathematics" or "People Help the People", but this is a fantastic album. Simon Aldred simply has the most wonderful voice that manages to convey a tremendous depth of emotion.

It's a hauntingly beautiful album. 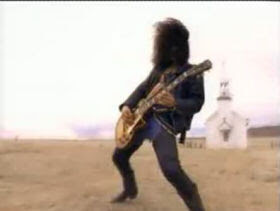 So how come I've been earworming "November Rain" all week?

I just can't get that ridiculous video out of my head, particularly that bit where Slash leaves Axl's wedding, walks down the aisle dressed in his customary leather chaps, leather jacket and top hat, and pushes his way through the doors. For some reason, we see that the church (apparently some kind of TARDIS - so big on the inside, so small on the outside) is actually in the middle of a desert. Slash walks on out of the churchyard, then strikes the most preposterous power-stance and launches into a splendidly elongated solo (the sixth best of all time, and apparently the longest to appear on a top ten single ever, fact fans).

It goes on for hours. Tumbleweeds blow past him as he plays... but he barely seems to notice, cigarette remaining firmly locked between his lips.

...but the song's frankly a bit of a rubbish one to have stuck in your head, isn't it?
Posted by swisslet at 20:36