the kids are alright.... 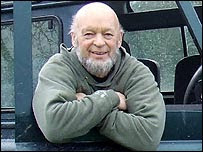 So there I was, packing up the phone to send back to the BBC, and all ready to forget about Glastonbury for another year, when something on the radio caught my ear. Something about ticketing for 2008....

Apparently Michael Eavis is going to tinker with the ticketing system again next year:

The total attendance at this year's festival was 175,000 people. If the attendance in 2008 is more or less the same, then that's quite a lot of kids.

So how do you ensure that tickets are getting to the kids and not to those pesky adults? Why, you make sure that 40% of all tickets are sold exclusively over the phone, of course.... cos all those kids have got access to mobile phones but not necessarily to high speed internet connections.

-> **newsflash** people other than kids aged 16-18 have (and are able to use) phones to buy tickets. Selling tickets over the phone is no guarantee that they will go to the yoof. And why the hell do they deserve tickets any more than anyone else? Besides, they're all on "Pay as You Go" so what happens when they run out of credit whilst on hold? Surely this system favours all of the rich, middle-class adults with contract phones?

-> Children have access to the internet too. Haven't you read about the threat of predatory paedophiles in chatrooms? (Just ask the guitarist with one of this year's headliners) Why would they be hanging about there if kids didn't go online? Eh? Where do you think they plagiarise their coursework from?

-> This year, I couldn't get through on the phone or on the internet. I only got a ticket because one of my friends got lucky. Why are 16-18 year olds going to be any luckier than anyone else next year? What are you going to do? Insist on a proof of age before selling the ticket? Cobblers.

-> What about their parents? Are they coming on their own? Really?

-> They're too young to drink! What's the point of them being at the festival if they can't enjoy the cider bus?

The ticketing system this year was generally pretty good. Yes, it was difficult to get through, but you managed to almost completely eliminate touting, which can only be a good thing. Why can you not resist the temptation to tinker?

In other news, apparently the site is now nearly clear of rubbish, and the cows are soon to be let back out into the fields.

Yay for the cows!