all I wanted was a sweet distraction for an hour or two...

I've always been a bookworm. My mum often fondly remarks that, growing up, I would never go anywhere without a book. One of my earliest memories is of trying to wade my way through "The Hobbit", and I used to love nothing more than the trips we would make to a nearby bookshop. It seemed a magical place to me, and since the advent of the internet and book megastores, I don't think they even really exist anymore. It was a tiny shop off the main market square of a little town called Olney, and it used to have a little room in the back, a nook, where they kept all of their children's books. Unlike bookshops today, it was built to be browsed and even had soft seats to better encourage children to flick through the books on offer. I loved it. To enhance your impression that this shop was from sometime in the late seventeenth century, it was just around the corner from a toyshop where the toymaker would actually craft his own toys, and from whom we had bought such wonderful things as a proper wooden castle for our toy soldiers and a propeller on a serrated wooden stick that you could somehow make turn around, if you had the knack, by running a smoother stick along the teeth. Imagine that. No X-Boxes or Wiis in them days. I loved the fact that when you did buy a book from that wonderful bookshop, perhaps using one many book tokens I used to get given for birthdays and for Christmas, you used to get given a lovely thick paper bookmark too, with an sketch of a dwarf with a quill pen sat at a desk. I doubt very much that either the bookshop or the toyshop are still there, but I still occasionally stumble across one of the bookmarks when thumbing through an old book on my own bookshelves, and it always brings back happy memories.

I was one of those kids who would even read in the car on journeys, killing the time on the long car journeys to see one set of grandparents in Plymouth and the other set in deepest rural Wales by burying my nose in some book or other. I wasn't immune to the car-sickness that this sometimes brought on, but I clearly considered the escape it gave me from the cramped backseat I shared with my two brothers to be worth the risk.

I wouldn't say that I was an especially discerning reader, and throughout my teens I'm afraid to say that I voraciously devoured all kinds of Sci-fi and fantasy books: Raymond E Feist, the Dragonlance books, David Gemmell, David Eddings. In spite of what you may think, some of those books are actually pretty good (I loved Feist's "Magician" series, and the Eddings' "Belgariad" and "Mallorean" books were fantastic). As I approached my twenties, however, I discovered books by twentieth century writers like Paul Auster and John Irving, and I began to rediscover the joys of the penguin classics, with Alexandre Dumas being a particular favourite. It's a statement of the obvious, of course, but with so many brilliant books out there waiting to be read, I sort of regretted having read the entire Dragonlance series (well, the first 9 books anyway). Entertaining though it was, I felt that perhaps I could have spent that time more productively by reading a little more widely. Studying English Literature at school had done its best to put me off the cream-and-black covered Penguin Classics, but I was now starting to discover that, actually, some of them were pretty damn good. More importantly, I also realised that I wasn't expected to like them all; that no one likes them all. Once I'd grasped that simple truth, any lingering inverse snobbery about the books I was supposed to read disappeared. From then on I was determined that I would read what I wanted to read, whether that be a Don De Lillo, a Charles Dickens or a JK Rowling.

So with that in mind, I probably don't need to explain to anyone why my reading list for much of the last six weeks consists of a whole bunch of comics. I don't need to tell anyone that they're actually all very good comics, and I certainly don't need to attempt to justify them by grandly referring to them to anyone and everyone as "graphic novels".... Although, if you haven't already been exposed to them, might I just say that Neil Gaiman's "Sandman" series is surely, in my opinion, one of the most remarkable, sustained feats of imagination ever captured any format? You know that already though, right? 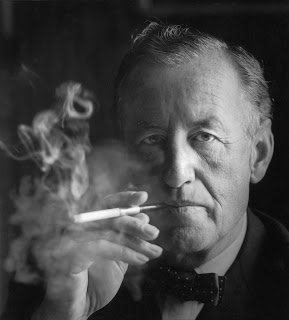 I'm currently reading a collection of Ian Fleming's James Bond short stories, including the not-really-anything-like-the-films "From A View To A Kill", "For Your Eyes Only", "Octopussy", "Quantum of Solace" and "The Living Daylights" (my favourite so far is "The Hildebrand Rarity" though, which was apparently the basis for some of the superficial plot elements in "Licence to Kill", but is altogether more interesting). I had often read about how the literary Bond differed from the one portrayed in the films, but I wanted to form my own opinion and set myself the challenge of working my way through the novels in order. I'm a little under halfway through now, and paused to read this collection. I got off to a great start with the books when I discovered that "Casino Royale" was at least as good as the Daniel Craig film version, included the same hideous torture scene and that surprisingly the game of baccarat described in the book is much more gripping than the game of Texas Hold'Em they replaced it with in the film. The other books in the series that I have read so far, "Live and Let Die", "Moonraker", "Diamonds are Forever" and "From Russia With Love", bear far less resemblance to their film adaptations, but in every case this is because they are vastly superior. The books suffer a little from being products of their time, and some of the language used to describe the non-white characters is, to modern readers, a touch alarming, but they are cracking good reads. James Bond is also a much more interesting character than the one portrayed in the films: for all those pointless discussions about who is the best Bond, actually I don't think that any of them have got within a million miles of the one Fleming wrote about.

I've just read "Quantum of Solace". I have no idea what the forthcoming film with the same title is about, but the short-story is not actually about Bond at all - indeed, he only features as a guest at a dinner party listening to a story being told by the Governor of Nassau. The guts of the story are the Governor's story itself and doesn't even involve espionage of any kind or any kind of violence other than emotional. It's a fantastic piece of writing, and about as far removed from Roger Moore and a union jack parachute as it is possible to be. I like short stories generally, but these Bond stories by Fleming have so far been fantastic.

Ah, books are brilliant. I've still got a few Bond books left and several "Sandman" volumes waiting to be re-read, but I've a hankering for one of those Penguin Classics, and I think I might either go for a bit of Nabakov or perhaps "The Tenant of Wildfell Hall" next.

Well, there's nothing much good on TV and the nights are starting to draw in.....
Posted by swisslet at 18:24