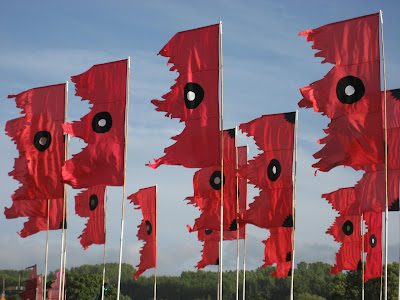 Tomorrow morning we're off down to the Glastonbury Festival. In spite of surviving some of the wettest festivals on record, I've somehow fallen into the trap of wanting to keep looking at the weather forecast. It's good. It's bad. It's improving. It's good again. I've already packed my bag, and I'm of the mind that it's always better to take your wellies and not to need them than to not take them and to wish you had them. Still, it looks set fair at the moment, and I'm nervously anticipating that first pint of organic cider and the satisfaction of the weekend stretching out in front of me. I've done my injection now (right leg), so it's just the mojitos to make and I'll be ready to go. 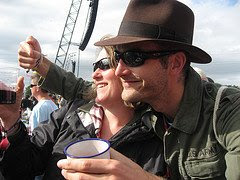 Rain or shine, it's all good.

I'll obviously not be around here for a few days, but you'll no doubt find me around here (although I doubt very much that I'll be attending any twitter gatherings, that's for sure. I don't know what I will be doing instead, but there must be a million things better than that).

See you on the other side. Otherwise I guess I might just see you there, if you're going.

(incidentally, if you're worried about the value for money of a £165 ticket, I see that Neil Young is charging £55 on his current tour and Springsteen over £60. I realise the festival sets will be different, but that's a pretty big chunk of the entrance fee on just two acts out of hundreds.....)
Posted by swisslet at 19:51