When I was about eight years old, we did a test in our biology class to see how many of us could roll our tongues - apparently it's a genetic thing, and not something that everybody can do. I couldn't do it. About half of the class could do it, but I wasn't one of them, no matter how hard I tried.

For some reason, when I was a teenager, I tried again. This time it worked. Now, the ability to roll your tongue is not really anything much to write home about, and it doesn't really have much practical use, but I still felt elated by this. I'm not sure that my late development in the field of tongue rolling exactly disproves the genetic theory (unless I'm a member of the X-Men with an especially rubbish mutant power... take that Magneto!), but it gave me a bit of a kick to suddenly discover that I could actually do something I had assumed would forever be out of my grasp.

I've always been able to wiggle my nose. I don't know how I do it, but I can make the damn thing twitch like a rabbit. Again, it's not a skill with any great application, but it does seem to make people laugh, and was always a good secret weapon to be able to unleash in any staring contests I happened to find myself in.

A little while after discovering that I could roll my tongue, I discovered that I could raise each of my eyebrows individually. Finally! A talent with a practical application, and one that opened up a whole new world of sardonic facial expressions. Looking back, it was probably a discovery that played a critical role in the formation of my personality in those teenage years. This was a skill that required a little practice to master, but it felt like an investment worth making, and I'm still collecting the dividends today with every barely discernable and yet unmistakeably sarcastic flicker of disbelief I make in tedious meetings at work.

I thought that perhaps that would be it. After all, I had been amply gifted already with a tongue I could roll, a nose I could twitch and eyebrows I could arch independently. What more could I possibly ask for?

Well, just last week I discovered that I could wiggle my ears.

Will this never end? Are there other, still greater talents awaiting my discovery?

Much more of this and I'll be considering an entry into Britain's Got Talent..... 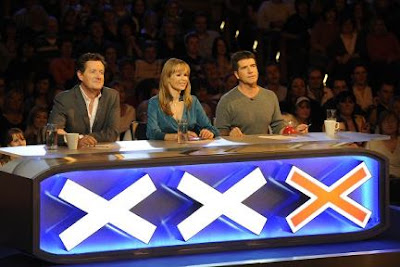 [a loud klaxon sounds]
Posted by swisslet at 19:14