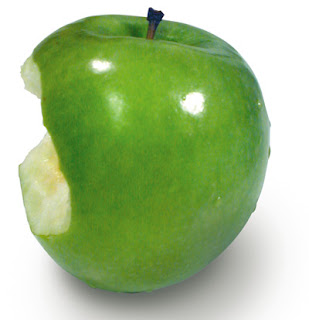 I'm having a bad Apple day.

You might remember that I thought my much loved 60gb iPod was going to die back in May this year. The screen went all funny and it started behaving a bit unpredictably. The old boy seemed basically okay though, so we carried on regardless. I therefore wasn't expecting any problems when I reached for my trusty MP3 player to maybe shut out the office with a bit of Rage Against the Machine as I tried to concentrate on some tedious document or other. Imagine my surprise and annoyance, then, when I turned the thing on only to find that it was completely empty. The menu structure was there alright, but there appeared to be not a single piece of usable content. Given that I synced it only a couple of days before, I was a little bemused.

Nevermind..... I had a plan b: my iPhone. I picked up my phone and started to think if I had any RATM on there or perhaps some Audioslave. I pressed the 'home' button, and nothing happened: the screen remained resolutely blank. Now, this has happened to me once before, about a month ago, when the phone has gone from registering an almost full battery to shutting itself down without warning with a completely flat battery. Annoying, certainly, but not catastrophic. Except, of course, the charging cable that I take everywhere with me was in my other jacket. Luckily for me, enough people now have iPhones that I was able to plug in at someone else's desk. It's not really very good though, is it? I've only had the bloody thing 13 months, and the least you'd hope is that you can rely on it.

I can charge my phone, but what am I going to do about the iPod though? Several attempts to reset and sync it have failed, and I think it's dead. Not having an iPod at all is clearly not an option, but should I buy a new iPod immediately? There's only one hard drive iPod with a decent capacity left now: the 120gb Classic. Should I just buy that? Apple are secretive about their product launches at the best of times, but the iPod range is probably due an upgrade and there's a Mac Expo next month. Should I hang on and see what they have to say? There's apparently a chance they may just can the classic range entirely and force everyone to buy a new iPod Touch. Given that I already have an iPhone, and I like to carry my whole music library around with me, that's not all that appealing an option for me.

To be fair to apples though, I did have a very nice Granny Smith with my lunch, so it's not all bad news....
Posted by swisslet at 23:02