Notes from the Departure Lounge: 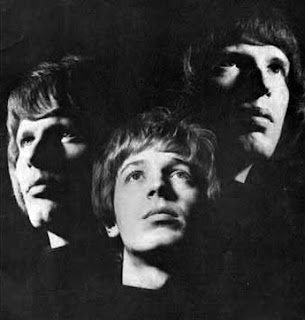 John Maus died over the weekend at the age of 67 after losing his battle against cancer. The name might not mean much to you, and it's possible that his stage name of John Walker won't reverberate that much louder to your ears.... but Maus was the founder member, guitarist and original lead singer of the Walker Brothers. The band was subsequently, and more famously, fronted by the honeyed baritone of their bassist, Noel Scott Engel.... that's Scott Walker to you and me.

Scott Walker is probably my favourite singer of all time. As I've said here many times, I love the way that he turned his back on a life of proto-Beatles pop adulation to write and perform songs of existentialism and death and Brecht and Brel covers to an increasingly baffled teen audience; an audience that, not surprisingly, soon deserted him for less complicated pleasures. Scott Walker's later career has seen him become a virtual recluse, producing an album at a rate of less than one a decade, chasing a muse that seems increasingly bleak and inaccessible and, famously, uses things like a side of pork as a percussion instrument. All a pretty far cry from the golden years of the Walker Brothers. Songs like "Make it Easy on Yourself" and "The Sun Ain't Gonna Shine (Any More)" are certainly melancholy, but that lush instrumentation and the golden voice meant that the band reached an audience of millions.

Knowing the direction that Scott Walker's career took, it's tempting to see John's role in the band,together with drummer Gary, as being nothing more than supporting musicians who got very, very lucky. There's a scene in the Scott Walker documentary, "30 Century Man", where the band are sitting enjoying tins of brown ale and talking about why they're in the band. John and Gary talk about the money and the girls; Scott looks straight down the camera, unsmiling, and says that he's in it for the music, and I believe him. Perhaps not surprisingly, it was "musical differences" that broke the Walker Brothers up in 1968. They reformed successfully with "No Regrets" in 1975, but the different agendas of the band members were laid bare on 1978s "Nite Flights". There are 12 songs on the album, and each member of the band contributed four. The first four were by Scott, and they are a clear signal of the direction that was to shape his subsequent career: dark, oblique and featuring a song ("The Electrician") that seems to be about torture. The jump from that into far more conventional "The Death of Romance" by Gary could scarcely be starker.

Of course, for all that their might be more than a grain of truth in that assumption about the roles played within the band, John tells a different story in his version:

"I was always the leader of the band. I was the one who said, 'Let's do this, let's do that.' I spent a great deal of time making sure that the group would make incredible music. Most people don't realise that it was I who chose the songs that would become The Walker Brothers' biggest-selling singles..... I was aware that things had changed a lot: Scott had become the lead singer of the group... Now that he was singing lead, I enjoyed the opportunity to create some unusual harmonies, something I had never done before. We knew that we each had an important role, and felt responsible to each other, with one goal in mind, which was to make good records that were unique for the time."

It's also worth nothing that John recorded a version of Jacques Brel's "If You Go Away" in 1967 (it's the title track of his album of that year).... Scott recorded his much more famous version for Scott 3 a whole two years later in 1969...... 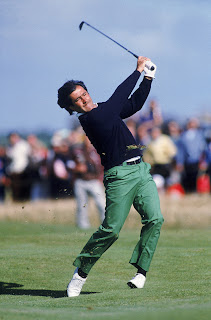 On the same day that John Maus died, we also lost Severiano Ballesteros at 54, which is no kind of an age at all.  Lots of people have written about Seve's life and his genius for golf, so I will do no more than to refer you to this article, written a couple of years ago by Bill Elliott on his friend.  Well worth a read.