take the world in a love embrace.... 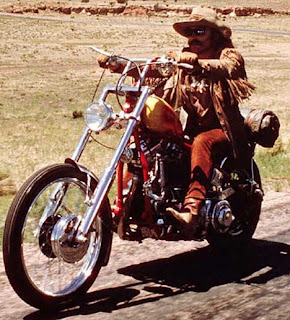 On her way into work on Friday morning, C. catapulted over her handlebars somewhere near the park and ride and suffered a mild case of concussion. With hindsight, perhaps I could have chosen a better day to bring up my plan to start learning how to ride a motorbike. We sold both of our cars before we started travelling at the beginning of 2010, and when we got back it just seemed ridiculous to have two cars at all: we live in the same house and most of the time we work in the same building. We’d always previously used the excuse that we tend to keep slightly different working hours, but frankly that was feeble. Besides, whilst we were away, one of our best friends and near neighbours started working in the same building too, and lift-sharing suddenly seemed viable. We bought one car, and for the last 9 months, this arrangement has worked pretty well. There have been a few occasions where the lack of another car has been mildly inconvenient but nothing more than that. It’s been fine.

So why the sudden desire to learn to ride a motorbike? Well, it was actually C’s idea in the first place: right from the start, she thought that getting a scooter or something would be a great way of having a simple, cost-effective alternative mode of transportation. My dad will be having kittens at the very thought of it. He spent 20-odd years as the on-call medic for a large section of Northamptonshire, Buckinghamshire and Bedfordshire, including a large stretch of the M1. Even in retirement, he never travels anywhere without all of his medical kit – including a defibrillator – in the back of his car (could you imagine having the skill to do something but not the equipment to do it? That’s a pretty heavy responsibility….). In that time, my dad has seen more than enough to know that, as a motorcyclist, no matter how good a rider you are, you are unbelievably vulnerable.

I can understand his reluctance to see any of his sons on a bike: how many dead motorcyclists would you need to see to be against the idea? Still, the idea of having a little run-around has been growing on me for a little while. You know, just something to pop around town in. It’s not like I’d ever be using it to cruise down the motorway. As well as being practical, I thought perhaps it might be fun too.

When I mentioned it to C. on Friday, mild concussion notwithstanding, she thought it was a great idea. Of course, it turns out that she’s been thinking about a little moped. As it happens, I think I’d look absolutely ridiculous on a scooter, so I was thinking more in terms of a small, geared (but low powered) motorbike. To be fair, as I’ve only ever ridden a scooter once or twice on holiday, and I’ve never ridden a geared bike at all, I don’t really know what I want, but I’m curious enough to try to find out.

So, I did a bit of research to find out what was required, and was pleasantly surprised to find the “Get On” website. As well as having loads of useful information about the qualifications you need to ride a bike on the roads and the kit you will need, it also offers a one hour “trial” ride, absolutely gratis. You get to learn about the bikes and you get to spend a bit of time being coached in how they work and having a go to see how you get on. Sounds like a brilliant idea, and about an hour after submitting an enquiry on the site, we were all booked in to have a go just around the corner from us at the beginning of June. If it all goes to plan and seems like fun, then we can simply take the next steps towards qualification and onwards towards a massive, mid-life crisis Harley-Davidson from there.

My dad will seriously kill me though. He really is. If I haven’t been able to tell him about my tattoos yet (and I’ve had one of them for 8 years), how on earth am I going to bring this up?  I could always blame C., I suppose....
Posted by swisslet at 21:14