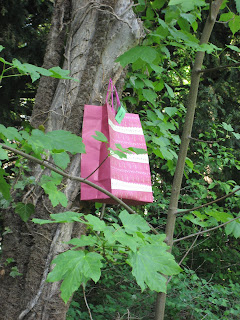 Now, I'm aware of the Easter Bunny, obviously.... but I'd kind of always assumed that it was one of those American things that was slowly but surely creeping its way across the Atlantic and infesting our older, wiser European cultures.  Turns out I was wrong.... this has been a very big deal in what used to be the Holy Roman Empire since at least the 1500s.  It's also, I found out on Easter Day this year, still a pretty big deal in Vienna. 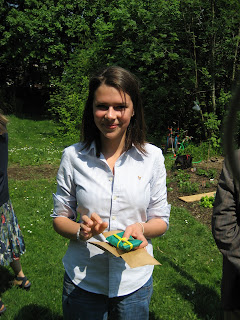 At a certain point in the morning, after drinks have been served but before dinner, we are all summoned out into the garden.  Gifts have been hidden all over the place and everyone -- no exceptions, not even guests -- have to go out and hunt to see if anything has been left for them.

Some are hiding in plain sight, leaning up against flower pots and the like. 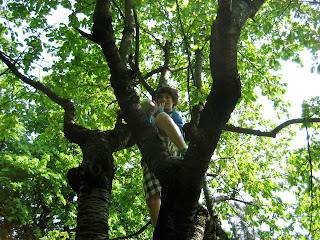 Others are tucked a little further out of the way.... up trees and behind bushes.  One salami even finds its way behind a supporting strut to the garage roof.  It takes a while, but everything is eventually discovered. 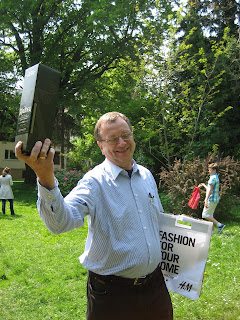 I think it's fair to say that everyone gets something that they like: Clemens gets a whisky..... 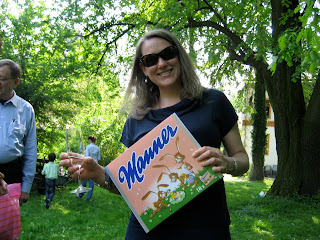 It's a nice way to spend a day, surrounded by close friends and their family in sunny Vienna. 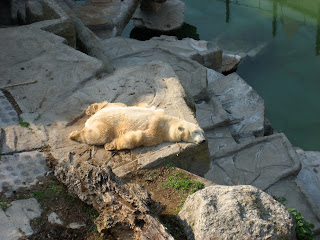 Whilst we're there, we also take the opportunity of a return visit to the zoo at Schönbrunn.  I first read about this zoo in John Irving's "Setting Free the Bears", where the plot revolves around a plan to free the bespectacled bear.  When I first visited, ten years ago, I think it's fair to say that the place had seen better days.  The cages were beautiful and ornate, but what was acceptable 100 years ago is not acceptable for a zoo now.  The poor bears, when I saw them, were in a tiny enclosure and were pacing neurotically around the perimeter of their cage.

Things have changed, I'm happy to say. There are still some beautiful, ornate buildings, but they are mainly now used as cafes and things.  The animals now have large, roomy, state-of-the-art enclosures, and as a result look a whole lot happier.  I'm not entirely comfortable with the concept of zoos, especially since I've seen many of these animals in their natural habitats now.... but it's definitely an improvement.  I particularly liked the polar bear relaxing in a dapple of sunshine, but the zoo also has (amongst other things) tigers, cheetah, a very fat looking leopard and a beautiful black panther. 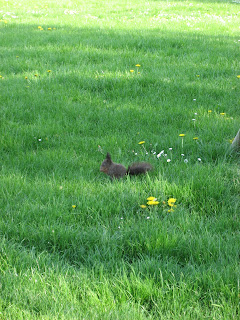 I also quite liked some of the native fauna that was on display.

The big cats had just been fed when we arrived, so they were in their enclosures snoozing, and you could view them from behind glass.  We turned around from admiring the leopards as they twitched and ran in their sleep, to find a rather smaller (but no less magnificent) domestic cat standing behind us.  You can't pet the leopards, of course, but the cat was not so reticent and happily took the adoration. 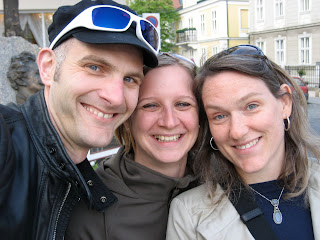 The reason for our visit?  We were catching up again with our friend Monica, who also lives in Vienna.  We first met Grooves on our trip to Southern Africa that started almost exactly twelve months ago today, on 1st May in Cape Town.  We saw some pretty cool things on that trip through Namibia, Botswana and Zambia - it was probably the best trip we did last year.... but the best thing about it was the friendships that we made. 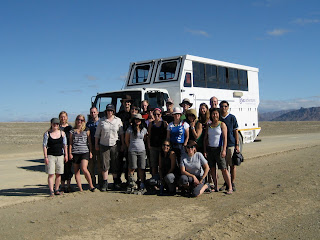 We've just booked a two week trip to Kenya / Tanzania, travelling in a similar style, for September this year.  If it's half as good, it will be amazing.
Posted by swisslet at 19:27