ever dance with the devil in the pale moon light? 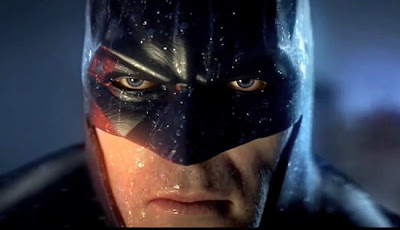 Yesterday evening, I spent a long tiring time chasing Penguin and his goons through the Arkham City museum in Gotham.  I had to silently take out his thugs, one by one, to rescue their cop hostages.  I had to avoid the shark (a shark! I had to punch out a shark!) lurking in the frozen monsters from the deep exhibition to find where Mr. Freeze was being held hostage by Cobblepot.  Once I'd found Freeze, I needed to try and get the antidote I need from him.  Then I needed to battle past the giant one-armed psychopath with the scythe to get to the Penguin.  Finally, I needed to get past a drug-enraged Solomon Grundy and work out how to disable Penguin's freeze gun to deliver the knock-out blow. 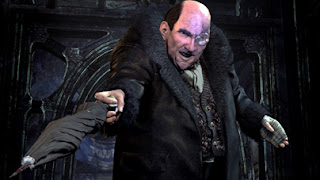 All of that was fine.

You know what really upset me?

When I reached Penguin, he tossed insults at me as I tried to get close enough to him.  Okay.  To be expected from a master criminal, I suppose.  I'm a big, grown-up superhero.  I can handle that kind of stuff.

As I died shortly afterwards, I had another chance to listen and see if my ears were deceiving me.  Nope.  He definitely called me a wanker. Even as I took him down, I was outraged.

I love this game.  I've been playing for hours and I'm something like 12% of the way through.

Tonight, I will be on the trail of the League of Assassins in an attempt to get a blood sample from Ras al Ghul.

Also this evening, I learned how to tie a proper bow tie.  Badly, I admit.... but I learned (thanks lovely Charles!).  Luckily, my clever wife learned faster and more effectively than me, and we should be able to make me look half-respectable for the ball we're going to tomorrow night.  Well, the tie might look half-respectable, anyway.
Posted by swisslet at 20:01