I’ve mentioned before that I have to write a little weekly highlights report on the activity that takes place within my team at work. It’s a bit of a waste of time, as when the report is emailed around to everyone on a Monday morning, it’s so long that no one really bothers to read it. With that in mind, my approach to writing it is to make sure that I at least entertain myself. I’ve long incorporated song titles and the odd lyric, but occasionally I’ll really go to town…. We have a new boss (my boss’s boss), and because he has a distinct 1980s look (think Steve Guttenburg crossed with Rick Moranis in a business suit and you’re pretty much there), last week I managed to incorporate the titles of no fewer than 23 classic 80s films in the two paragraphs of text (including Goonies, Sure Thing, Back to the Future, Die Hard, Weird Science, For Your Eyes Only….).

No one outside of my immediate team said a word. Pearls before swine.

Not deterred, this week I managed to incorporate a joke about Medieval law courts and toilets and very little actual, business-related content at all.  Here's an excerpt for you:

Black Magic:- Judging by the more-stressed-than-normal look on [my boss’s] face, it’s been Star Chamber budgeting this week: apparently when it comes to the dark arts, some people can be Voldermort, but someone has to be Neville Longbottom. If we’re going to name things in the department after Medieval Courts though, why stop there? The [meeting where they agree project budgeting] could be called the Court of the Exchequer, the Leadership Team meeting is the Court of the King’s Bench, the [daily – pointless - 15 minute huddle at the start of the day] is the Court of Common Pleas and the Leaders For Change meeting is clearly the Privy Council. They’ve lit a match, but you might want to give it a minute……

Did I say one joke about toilets? I meant two:

Ironic:- Speaking of privies… there was excitement down our end of the office this week then someone managed to get stuck in the toilets. We think it was the engineer who was sent to fix the broken door. I realise that it’s not quite the same thing as a black fly in your chardonnay or 10,000 spoons when all you need is a knife but I’m pretty sure that it is ironic.

I also included updates on a couple of projects, thanking the various people involved etc.  Not especially interesting, but there you go. Once I’d finished, I emailed my few paragraphs off to the various members of the leadership team who take it in turns, week-by-week, to paste everyone’s contributions into the report, and then I got on with the rest of my day, quietly pleased with my work (especially the medieval "privy" gag: how many people have managed that in a business news update, eh?  You tell me that?).

Within about 10 minutes, I’d had an email back from the new guy. 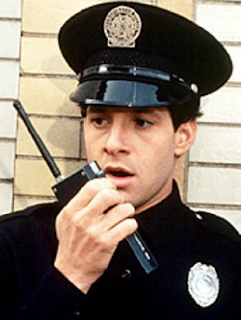 Oooh! Feedback! This is new!

“Thanks for this.
It looks like there’s much to celebrate this week particularly with the [two tedious projects] you mentioned. I’ll be picking up with [your boss] on Monday to see how he’s marking the occasion!
Keep up the good work.”

Right, so he’s picked up on the boring bits and not mentioned the other stuff AT ALL, not even in passing. This guy has been about for a couple of weeks now, and I haven’t actually met him in person, although he seems pretty straight-laced (albeit straight-laced in a 1980s stylee). Am I being over-sensitive to see this email as a prelude to a request to change the house style of my weekly updates?

Well, I tell you this for nothing… if I get asked to be more serious about this pointless weekly exercise, then I’m quitting and they can find someone else to write the damn thing.

Yeah. Stick that in your pipe and smoke it. 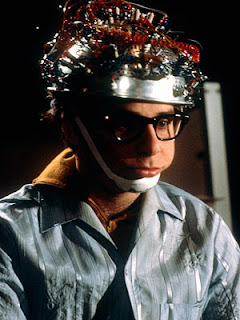 In spite of the fact that my deadline is midday on a Friday for this, whichever of my betters is supposed to be sending out the report for Monday morning hasn’t yet bothered to do so. Tsk. Incompetents.

Do you hear me The Man? Incompetent.  "Never walk past less than the best" is what they tell us.  If that was true, I'd be in the office until midnight every night waiting for them all to leave.

I am SO self-righteous.  Why hasn't my career gone further?
Posted by swisslet at 19:27

Email ThisBlogThis!Share to TwitterShare to FacebookShare to Pinterest
Labels: my brilliant career, sticking it to THE MAN