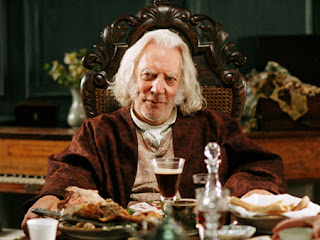 Stop me if you’ve heard this one before, but I cried in the cinema when I went to go and watch “Cool Runnings”. I’m not especially ashamed of this fact, but I do have an explanation: it was the end of a long run of heart-wrenching films that I went to see at the cinema over a number of weeks. Schindler’s List, Philadelphia, The Remains of the Day, Shadowlands…. By the end of that lot, I think I would have cried at pretty much anything. I used to cry at the drop of a hat as a child - real tears too, not the crocodile sort - but somewhere along the line, my emotions dried up. Nothing to do with being sent to attend largely single-sex boarding schools between the ages of seven and eighteen, I’m sure…..

Perhaps it’s because I’m older, but I seem to be turning into something of a sap and my eyes seem to fill with tears pretty much at the drop of a hat, no matter how obviously my emotions are being manipulated. This is easy enough to conceal in the dark of the matinee, and I think I got away with it at the end of “The Girl With the Dragon Tattoo” the other night, but harder when it’s broad daylight and we’re watching the telly.

The most recent culprit was when the Keira Knightley version of “Pride and Prejudice” was on the telly before New Year. Now, I’ve not been much of a fan of Matthew Macfadyen since his days on Spooks, a show that I loathed, but I found myself quite affected by his performance as Darcy and the way that he and Elizabeth slowly come to terms with the way they feel about each other. I can take or leave Austen, in the main, and find her relentlessly over-analysed by people trying to project readings onto her work that I just don’t think they can support, but you can’t argue with P&P (and Keira Knightley made a much better, far less smug and knowing Elizabeth than Jennifer Ehle in the celebrated BBC adaptation too).

Getting a bit of a lump in my throat watching Macfayden as Darcy was bad enough, but what really had me wiping my eyes was Donald Sutherland’s Mr. Bennett. I firmly believe that Austen’s Mr. Bennett is one of the greatest creations in literature, and Sutherland played him beautifully, particularly at the end when he realises that his Lizzy really does love that man that she apparently professed to dislike. He says at one point, with his eyes filling with tears, “We all know him to be a proud, unpleasant sort of man; but this would be nothing if you really liked him”, and that was it, I was in pieces.

This emergence of a soft, sentimental old fool is somewhat at odds with the image I like to portray of myself as a cold, logical iceman.

Another reason to never watch ET, anyway.
Posted by swisslet at 19:45