young girl, they call them the diamond dogs.... 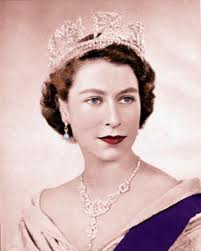 To mark the occasion of the Diamond Jubilee of Queen Elizabeth II’s accession to the throne, the BBC have been running a number of special programmes in the run up to the official celebrations in June. I nearly watched one the other day – C. was away in Turkey and I had some time on my hands – but I quickly came to my senses and realised that I wasn’t much interested in members of the Queen’s immediate family talking about how wonderful she is.

Don’t get me wrong, I’m sure that her 60 years on the throne have seen her display remarkable devotion to duty and to her subjects… and I’ll happily take the extra bank holiday we’re getting to mark the occasion, thanks very much… It’s just that I think it’s ridiculous that we as a nation still display such ridiculous deference to the concept of a monarchy at all, never mind to the motley collection of individuals that make up our royal family. I wish the old girl well, but I fail to see what continuing relevance the monarchy has in a modern society, nor why those people should continue to live the life of riley on the nation’s wealth (or wealth derived from the nation).

As a historical figure, the Queen is fascinating.... and I’m sure there’s a fascinating, insightful documentary to be made about her life and how the monarchy has adapted over the last sixty years… it’s just that watching Prince Harry insightfully telling us how she lets “the family” make their own way in life ( “…but if you get it wrong, stand by!” ) tells me that this probably isn’t that documentary.

I mentioned this in passing at work the next day, and was suddenly almost blown over by a wave of royalist sentiment in my team. I should have known better: a few months ago I stumbled upon this subject when I innocently suggested that I would put the whole lot up against a wall come the revolution, and was presented with shocked faces and an insistence that – apart from anything else - we couldn’t afford to lose the tourist dollar that they bring in (whereas, in fact it’s a matter of record that Windsor Lego Land is a more popular tourist destination than Windsor Castle….)

“You should have watched the documentary. She’s an amazing woman and you might have learned something”

Well, maybe so, but I decided to use that hour of my life doing something else (and Gotham City is doing okay, thanks for asking).

This discussion happened on the same day that the news broke that Argentina was reporting the UK to the United Nations for increasingly militarising the South Atlantic (itself following on from the entirely uncontentious decision by the Argentinians to name their football league after the Belgrano, sunk by Britain during the Falklands conflict). In the light of this news, I suggested that, in this climate, surely it was a provocative act by the UK government to send the Duke of Cambridge out to the Falklands on a military assignment. 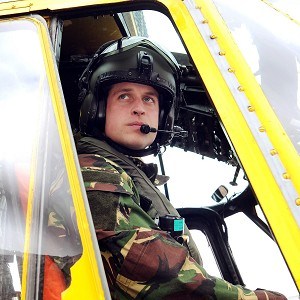 “What do you mean? He’s going as a search and rescue pilot”
“Yes, but do you not think that releasing pictures of Prince William in military uniform in such a sensitive location is sticking two fingers up at the Argentinians?”
“He’s in the armed forces: he goes where he’s posted and politics has nothing to do with it”
“Do you really believe that? Do you really believe that their hands were tied by the duty rota and that they couldn’t send him anywhere else? They steadfastly refused to send the first son into Afghanistan as it is, sending the expendable one instead....”
“They weren’t even interested in the Falklands until we found oil there..
“But they’ve wanted them back for decades!”

These are (mostly) intelligent people, but it seems that our servility is deeply ingrained.
Posted by swisslet at 18:20