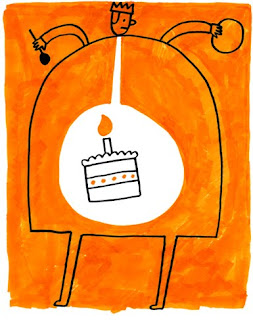 David Mitchell wrote an article the other day in which - amongst other things -  he described that thing that people do when they miss a bus.   It was surrounded by a load of horrible garbage about how we all sneer at fat people when they go out running under the cover of darkness, but this bit of the article made me chuckle:

"Our aversion to sympathy for quite trivial misfortunes is laid bare when you watch someone narrowly miss a train or bus. Almost everyone, in the moment it becomes clear they're not going to catch it, tries to make it look like they didn't really want to. "It's fine, I was just kind of jogging anyway – I'd rather get the next one" is what they're desperate to convey, in the face of all the evidence to the contrary. Even those who go the other way and express annoyance usually do it in a slightly performed way; they are portraying an annoyed person, but concealing their true desire, which, more than to have caught the train or bus, is now for the ground to swallow them up. It is very rare to see annoyance unselfconsciously or unashamedly expressed in those moments – I certainly can't do it myself".

I thought of this description in the office the other day.  You remember The Weapon of the Zombie Apocalypse (WotZA), right?  He's the guy who sits just behind me at work who has... um... slightly peculiar views on most things and a ... er ... prodigious appetite.  Well, anyway, he had a "missing the bus" moment on his way out of the building last week.

Here's how it went:

GJ and his team were moving desks, and to celebrate/commemorate their departure from our seating area, GJ brought in a whole pile of cakes for everyone to enjoy.  On his advice, I quickly snaffled a vanilla slice, but as it's not really my custom to eat cake before 9am in the morning, I stashed it away for later on and had it in the middle of the afternoon with a cup of tea.  WotZA has no such worries about when you should eat cake, but he is a canny operator and never likes to be seen as the first person to move in on a fresh supply of goodies.  He has no such qualms, however, about being a (very) fast follower, and no sooner had he clocked that cakes were in the area and that people had started taking them, than he was rubbing his hands with glee and moving in to make his selection.  Cake chosen, it was quickly scoffed.

Now, I had meetings for much of the rest of the day, but I'm assured that it was something of a cake bonanza in our area, as someone else brought in a load of cakes as well.   I can't say for certain how much WotZA (or anyone else, for that matter) ate, but what I do know is that a lot of cake had been polished off by the time I got back to my desk towards the end of the afternoon.  A lot of cake.

WotZA likes to leave the office fairly early, and around 4pm, just after I got back to my desk, he was beginning to pack his bag and make his way out of the building.  Rather than walking out his normal way, he took a detour that took him behind my seat and towards the cakes.  He lifted the lid of one of the boxes, and was presumably about to take one more for the road, when he realised that the whole team were watching him.  Rather than just shrug unselfconsciously as he unashamedly helped himself to another cake, he rather bashfully snatched his hand back and made some faux-casual remark informing the rest of us how many were left.... as though he was only there for OUR benefit, and that troughing another cake - in the face of all evidence and experience to the contrary - was absolutely the LAST thing on his mind.

No one was fooled.  Nor was I all that surprised when he grabbed another - by now slightly staler - cake to wash down his breakfast before 9am the following day.

In that article quoted above, David Mitchell sneers at people trying to lose weight; an unpleasant tone that was picked up and copied in many of the comments underneath.  As a runner myself, and especially as a runner who used to be pretty hefty, I particularly took offence at his view of fat people who exercise:

"A survey into women's attitudes to exercise conducted for mental health charity Mind suggests this sort of embarrassment might be a problem for the [Weightwatchers] centres. More than half of those questioned said they were too self-conscious to exercise in public. Fears of unforgiving Lycra, "wobbly bits", sweating or going red, lead them to try to get fit, if they try at all, very early in the morning or late at night. So that's why everyone you see jogging looks intimidatingly fit! The flabby do their running under cover of darkness.It's easy to understand their feelings. Watching a fat or unfit person jog evokes two main responses. First, it's funny – in the way a pratfall is funny. It's a physical misfortune that's happening to somebody else. The sweaty, panting discomfort, the glazed-over expression of dread, the pink-and-cerise-pocked face, the hilariously slow rate of progress that has nevertheless proved so exhausting, the thought of the cakes and ale that went before – you want to laugh. And the runner knows you want to laugh"

I have nothing but respect for anyone - of whatever shape or size - who pulls their trainers on and goes out for a jog.  In my experience, most people who run are friendly and supportive of every other runner that they see; we know all too well how hard it is; getting out of the door and going for any kind of a run, no matter how far you go or how fast you do it, already puts you way ahead of the vast majority of the population.

Well, as the scorpion said to the frog, maybe it's just in his nature.
Posted by swisslet at 19:31