you just haven't earned it yet, baby....

Looks like the weather has finally taken a turn for the better.

As is the British way, a month ago we were talking about drought conditions and hosepipe bans.  Then we had two weeks of constant rain and there was talk of flooding (with the hosepipe bans remaining in force, obviously).  Then the sun comes out for two days in a row and there's talk of a heatwave and pictures of girls in bikinis in London's parks.  The rest of the world laughs at us, you know....

It's nice to wake up with sunshine streaming in through the gap in the bedroom curtains - and the cat basking on the window sill - and it's nice to leave your coat and home and wear your sunglasses on the way into work in the morning .... all pretty sure fire signs that the seasons are turning.... but the way that I really know that summer is here is when I'm out running.

I was supposed to be having the day off exercise today, but it was such a glorious evening when I got home that it seemed criminal to waste it, so I popped out for a quick 4 and-a-bit miles.  After a long winter, it's such a pleasure to be able to run in shorts and a t-shirt with your sunglasses on and a classic rock playlist on your iPod and just enjoy the evening.

It was a slog, obviously.

My knee started to hurt after a couple of miles and the lump in my calf steadfastly refused to work its way out of the muscle....but even so it was fantastic.  There's the smell of BBQs in the air and families are out along the river milking the remaining moments of sunshine out of the day.  There are also loads and loads and loads of people out taking exercise.

Look, don't get me wrong: obviously it's fantastic that people are out with their trainers on working on their fitness and generally being healthy.  It doesn't matter if you're whippet thin and run at the speed of sound, or if you're somewhat larger and shuffling along self-consciously: it's all good.  The more the merrier, as far as I'm concerned.

It's just that.... well.... I can't help but wonder where all these people were during the crueler months when the going was a bit more difficult. 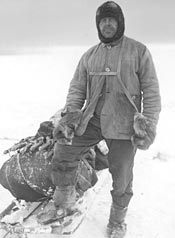 There's a part of me that thinks that if you haven't been out, wrapped up against gale-force arctic winds and snow flurries, then you simply haven't earned the right to get out and enjoy the good weather now.

You have to put in the hard yards, dammit!

It's easy to pop your trainers on now, isn't it?  Eh?  I've seen you people out there, either squeezing in an early morning run before work, running along the river during your lunchbreak in the office or making the most of the longer evenings, chatting away merrily with your friends as you make your way through the last of the evening sun.... but where the hell were you on that bitter January night when it was so cold that you could barely catch your breath and so dark that you had to pop a headtorch on over your balaclava?  Eh?  Can you tell me that?  At home in front of the telly?  Nice and warm in the gym? Enjoy the nice weather whilst you can, you knights of summer.  WINTER IS COMING.
Posted by swisslet at 20:19

Email ThisBlogThis!Share to TwitterShare to FacebookShare to Pinterest
Labels: exercise as therapy, not bitter in any way