I get by with a little help from my friends.... 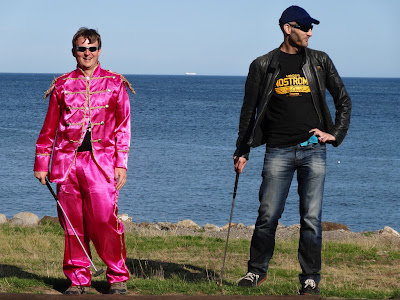 Any suggestions for an appropriate caption for this photo?  The prize for the winner is the £1 hat I bought on the sea-front and am modelling in this picture.... Never mind the quality, feel the price.

It was a marvellous weekend.  Whilst Ringo was enjoying crazy golf, archery, and drinking £2 pints of cooking lager in the worst hotel in the world, his Barbara Bach-to-be was in Amsterdam drinking cosmopolitans, eating Michelin starred food and...er... visiting the Purse Museum.

A good time was had by all (Johnny Cash made an appearance or two, anyway), and as far as I'm aware, we all survived the weekend mostly intact and made our ways safely home.

As Roger Murtaugh would doubtless have said: 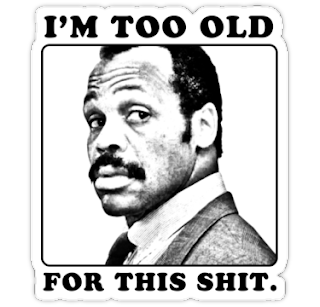 I'm very much looking forward to the wedding next month.  Less karaoke, but doubtless more of the same reckless drinking.  This time in suits.  As it's at my old school, that will be just like old times.
Posted by swisslet at 19:27