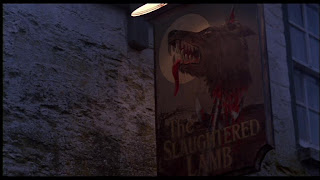 You’d hardly know it, but death is everywhere. It’s all around us. We’ve done our very best to make it seem invisible, with our care homes and our hospices and our crematoriums, but it’s still there. It’s hiding in plain sight; we’ve brushed it away and sanitised it to such an extent that we can almost believe that it doesn’t exist at all. Almost.

Look at that sandwich you’re eating: chicken and bacon, is it? To make that sandwich, a pig had to die and a chicken had to die. I’m sure it was all done in as humane a way as possible, but the inescapable fact of your lunch is that the lives of those animals had to end to provide you with that meal. Once upon a time, if you’d wanted to eat that sandwich, you would have needed to kill those animals yourself. Nowadays, it all comes in a neat, sealed plastic package and you don’t have to worry about anyone killing anything.

See, I think you’re missing out. I guarantee that you will never feel more alive than in the moment when you tear open another creature’s throat with your teeth and feel its life pulsing out into your throat in a rhythmic, sticky gush. I’ll admit, it’s probably not a lifestyle choice that would suit everyone, but it works for me.

Could I live without it? Probably, but why would I want to? Both of us eat meat, but only I’m honest enough to do it the old-fashioned way.

I suppose I could blame it on my condition: there’s probably something about my regular transformations into a slathering, mindless beast that might explain my bloodlust, right? Well, that might be true, but the plain fact of the matter is that I enjoy it. What’s not to like? How many good nights out do you have in any given month? One? Two maybe? Well, I get between three and five truly wild nights out every single month. Guaranteed. Let me tell you: it feels FAN. TAS. TIC.

Don’t get me wrong, it’s not without its inconveniences: for starters, where do you put your door key? It’s not like you’ve got any pockets. I used to wear it around my neck on a bit of string, but it kept getting in the way and I had to think of something else. Now, my solution is to hide it under a bay tree outside my back door, but I always have that nagging worry that I’m going to come home one night and find that I’ve been robbed. I was thinking about getting a dog to look after the place when I’m out… but I’m honestly not sure how that would work out and, anyway, it seems a bit ridiculous, doesn’t it?

Do I worry about being seen? Well, I live in the suburbs of a pretty large town, so there are always people around and about the place, even at the strangest times of day. The thing is though, people see what they want to see and the brain tunes out the rest. It’s an amazing thing, the human brain. Did I really just see a hulking great big man beast round the corner from Cyril Avenue? Nah. I must be seeing things. Cats are far smarter: they know to trust what they’ve seen. Luckily, they can’t talk. Even if they could, no one would believe them. Who’d be stupid enough to trust a cat?

I do try not to shit on my own doorstep, mind: both literally and in the sense that I try my hardest not kill anyone too close to home. Sometimes I simply can’t help myself but, on the whole, I find it best not to draw attention to myself, and usually there are more than enough other creatures around the place to quench my thirst before anything…unfortunate… should occur. I’m not saying it doesn’t happen, but I like to think it doesn’t happen all that often any more. These days, I often thank my lucky stars for Hugh Fearnley Whittingstall. Before he came along, people had more or less stopped keeping livestock, certainly in towns. Nowadays, you can hardly stumble though anyone’s back yard in this nice middle-class area without finding a few free-range rare breed hens knocking about. I’m sure they’ve probably all got names, but I’ll be honest that I don’t really trouble to ask them before tucking in. They always assume it’s the foxes too. It just makes things that little bit easier.

I suppose the biggest downside of it all is that I have to work. You know that feeling when you have to drag yourself into the office after a big night out and very little sleep? Yeah, it’s like that. I suppose it wouldn’t be so bad, but I have to remember to set the alarm just that little bit earlier in the morning so I’ve got enough time to have a proper scrub in the shower and to give my teeth a good flossing. I have it on pretty good authority that my morning-after breath is atrociously bad… I do my best, but I’m still pretty sure that my boss thinks that I have a drinking problem to go with my attitude problem. I’d rip him to shreds, but he looks a bit stringy and bitter, and I’m fairly sure it wouldn’t be worth the hassle. You are what you eat, after all.

What time’s our next meeting? Have we got time for a coffee? I’m knackered. Late night. Now, are you going to give me a bite of that sandwich or what? What’s the matter? Lost your appetite?
Posted by swisslet at 21:24