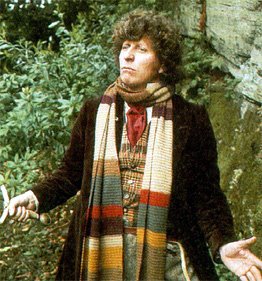 I received my father's Christmas list via email the other day.  He usually makes a point of saying every year how he's not a big fan of lists like this, but he didn't bother this year.  Maybe he's tired of receiving socks.

I think I actually started the trend in our family for writing Christmas lists.  I pride myself a bit on putting a bit of thought into the presents I get for people, but I'd simply had enough of receiving poorly thought out tat in return.  Clearly, what you get isn't as important as the thought, and I know that I'm a difficult person to buy for, but the year that one of my brothers gave me a giant plastic budweiser money bottle was the final straw.  After that, I just made lists.  You know: a few CDs, a few DVDs, a few books.  That kind of thing.  Nothing too fancy or expensive, but things that I actually want and would otherwise buy for myself.

Of course, once I'd started doing it, everyone else felt that they needed to follow suit.  It makes shopping a lot easier, for sure, and you can guarantee that you are at least getting people something that they want, but it does take some of the fun out it.

Anyway.  My dad's list turned up.  High up on the list (second only after "shirts") was this: "Long scarf, nice bright colours I can loop double around my neck in modern way. My current scarves are not long enough to do this."

Um.  What?  Loop double around your neck in the modern way?  What on earth is that?  I presume he means that thing where you fold the scarf in half and pull one end through the other in a sort of slip knot.  Is that an especially modern way to wear a scarf?  Have people not been doing that since there have been scarfs?  What a peculiar way of describing it.  Strange man.

Well.  We popped to Paul Smith anyway.  A nice scarf in the classic Paul Smith stripe should fit the bill.  Obviously, he'll only wear it with his hideous, huge high viz jacket with the velcro fastenings that will pull it to pieces, but that's up to him....

Anyway, other options on his list included things like "The People's Bible Commentary – Isaiah - A devotional commentary for study and preaching" (or, alternatively, the editions covering Job and Jeremiah).... and obviously I'm not going there.
Posted by swisslet at 19:03