No sooner do I put a Christmas playlist together, than I go and discover a whole new load of songs that might warrant inclusion.  Well, it's an electronic playlist, so it's hardly a big deal.... but still.  It's the principle of the thing.

I was thinking about how much I've enjoyed the three seasonal albums that I bought last year (Which, I know I keep mentioning, but if you needed reminding: She & Him, Smith & Burrows and Emmy The Great & Tim Wheeler.  There were a lot of ampersands about in December 2011, huh?) and it got me wondering if I was missing anything this year.  Living, as I do, as a hermit, I haven't really seen much of the hit parade and I don't really know what's going on anymore.

So I did some googling.

Before I knew where I was, and I was in possession of some new music. 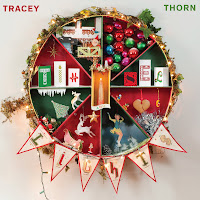 They're all pretty different.  Thorn's is fairly low-key and features a couple of original songs as well as a few standards and some well-judged covers by the likes of the White Stripes ("In the Cold, Cold Night") and Joni Mitchell ("River").  It's really good.  And, of course, listening to Tracy Thorn sing makes me think that I really need to download "Missing" too.  Now that's a tune. 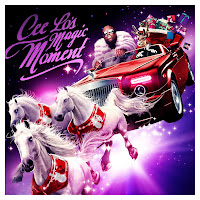 CeeLo's album couldn't really be more different: it's jam-packed full of massive, OTT anthems sung at full-bore and featuring duets with the likes of Christina Aguilera (an ill-advised "Baby It's Cold Outside"), Rod Stewart and...um... the muppets.  Oh, and it also features another cover of "River".  Was it only yesterday that I saying how that was probably my favourite Christmas song?  Well, it seems like that might suddenly be cliche.  Actually, where Tracy Thorn's cover is pretty faithful to Joni's original, CeeLo replaces the piano with an organ, and sings it with some real restraint and it sounds fantastic.  It's a ridiculous album in many ways, but it's fun and that's kind of the point. 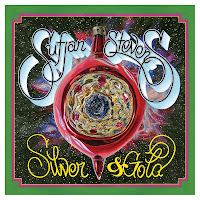 Sufjan's album is a continuation of his series of Christmas EPs.  I've got volumes 1-5 in a neat boxset, but this time I downloaded volumes 6-10 as it just seemed easier and was a lot cheaper.  What does it sound like?  Age of Adz or Illinoise? (one I hate, one I love) Well, some and some.  I haven't had a chance to listen to it all yet, but so far it's a mix of the sublime and the ridiculous.  He's many things, but Sufjan Stevens is rarely dull. 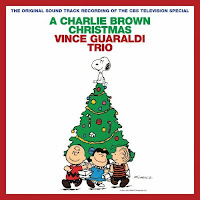 ...and whilst I was at it, I downloaded a copy of the Vince Guaraldi Trio's "A Charlie Brown Christmas".  Well, everyone needs a bit of seasonal jazz on their playlist, right?

Unless you've got any good seasonal music selections I should check out, I should probably just change the subject already.  OK.  Changing the subject now.  Mind you, I might be treating you to some crap fiction tomorrow, and then you'll be begging me to get back to talking about Christmas music. 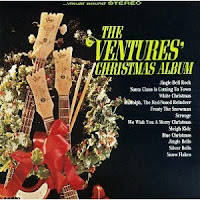 Email ThisBlogThis!Share to TwitterShare to FacebookShare to Pinterest
Labels: compliments of the season, music