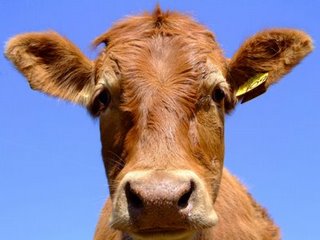 Just when I thought work couldn't get any worse on a drab, cold Monday, something comes along to slap you in the face.  Some people reckon that they have scientifically calculated that 21st January is the most depressing day of the year.  Nonsense, of course, but these "scientists" have a formula that appears to calculate such definitive empirical measures as "time since Christmas", "weather", "debt level", "motivational levels", "time since failure to keep new year's resolution" and have come to the conclusion that today is the most depressing day of the year.  SCIENCE FACT.

Well, I don't know about that, but I do know that when I went to make a cup of tea this afternoon, instead of the usual semi-skimmed milk in the fridge - provided free of charge - there was only skimmed milk.  In shock and disbelief, I stumbled to the next fridge along and it was the same sorry story.  It's as if the company has decided unilaterally and without any consultation that we are all now on a diet and will henceforth, as of this morning, only be allowed 0.1% fat milk.  Red top.

You know what that means in practical terms?  Grey tea.  I don't like full fat milk in my tea - too creamy - but semi-skimmed gives you a perfectly nice golden brown mug of tea.  Red top does not.

I don't ask for much, but I do want proper milk in my tea.  Isn't that a basic right of all British workers?  We fought for this, didn't we?  To be honest, I'm old enough that I'm still traumatised from when Thatcher took away my milk break at primary school.