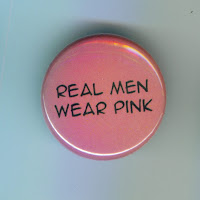 I've been interviewing for the last couple of days.  For both days, I've been wearing a tie.... not because I have to, but because I want to.  I'm interviewing for sandwich students to spend a year with us between the second and third years of their degrees, and it would be perfectly acceptable for me to just rock up wearing what I always wear to work: a smart pair of dark trousers and smart shirt without a tie.  I don't like wearing a tie very much.  I don't hate them or anything, and I don't mind wearing them from time to time... it's just that I find them uncomfortable, impractical and completely unnecessary for my job.  So I don't wear them.

Still, I decided to wear one for these interviews.  Why?  Because I take this shit very seriously. Some of the most rewarding stuff I have done at work over the last couple of years has revolved almost entirely around the time I've spent with our apprentices, our sandwich students and our graduates and other guys like that, just starting out in their careers.  Their development is important because if we ever want to go anywhere as a business, these people are our future.  I know it sounds corny, but it's true.  Time spent making sure we get this stuff right is never time wasted and not enough people take this seriously enough.  So I wear a tie.  It's a sign to myself, if to nobody else that this stuff is important.

Of course, because I don't wear a tie to work very often, people feel the need to remark upon it.  Am I interviewing for a new job?  Did somebody die?  Very drôle and also deeply depressing in its inevitability and lack of imagination.  Yesterday was a simple grey shirt with a purple tie.  Nothing flashy and still it attracted comment. Today, I made the cardinal mistake of wearing a pink shirt and a blue tie.  The tie alone would have gathered attention, but the pink shirt is just asking for it.

I have three pink shirts, and I probably wear one of them every single week.  Pretty much every single week, I get a comment.  Today, I chose to wear the pinkest of my shirts, it's true, but together with the tie, that apparently made it open season on those comments.

Was I interviewing a lot of girls today?  Apparently wearing pink will soften them towards me as they will think that I'm a gentle man.  It's either that or I must be gay.  Well, I mean to say, pink shirt.  What other explanation is there?

I'm okay with wearing a pink shirt.  Why wouldn't I be?  It goes without saying that a comment like that says so much more about the person saying it than it does about the guy in the pink shirt, right?

Why can't we all just get along?  I respect their right to not wear pink shirts, so why can't they just respect my choices?  Live and let live, I say.  I'm proud to wear pink.  Loud and proud.

Hmm.  Maybe I should rephrase that.  I fear I'm only making the whispering louder.
Posted by swisslet at 21:00