blowing every time you move your mouth.... 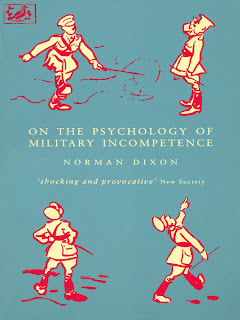 I'm not normally into management books.  I'm sure they contain all sorts of wisdom, but I do wonder whether even the best of them are destined to be endlessly name-dropped into conversation by people who haven't taken the actual time to read and digest the ideas for themselves and are content just to pretend that they have and hope that's enough.

There's enough of that going on at my office, in any case.  The current favourite at our place, monkeys and elephants aside, is to talk about Stephen Covey's "Urgent/Important Quadrant".  The director mentioned it once, so like all self-respecting middle-managers, the next level down rushed to pretend that they all knew what he was talking about.  My boss actually went as far as standing up to draw the quadrant for us in a team meeting, after proudly proclaiming that he read quite a lot of management literature (which probably explains a lot).  He then, pen in hand, proceeded to make an absolute prize idiot of himself in his failure to articulate a fairly simple theory.  At one point, I actually took pity on him and googled the quadrant on my phone and drew it on the board for him.
"No, that's not it..."

You really can't help some people.

Anyway.  I've made an exception, and on the basis of a recommendation in the Guardian, I've picked up a copy of what has been described as the most insightful book on management ever written.... only the book itself wasn't written about management at all, it was written about the army.

The book is "On the Psychology of Military Incompetence" by Norman Dixon, and it was written as long ago as 1976 and seeks to examine the root causes of famous disasters in British military history.  Apparently, his conclusions are eerily appropriate to a management environment.

I haven't read the book yet, but here's some selected blurb from a review:

Dr Dixon postulates that it is the military organisation that contains the potential to create incompetent leadership or to promote incompetent persons to positions of great power and responsibility. … He lists several characteristics and values which the military holds in high esteem and strives to achieve, as well as their negative consequences. Among these are:

• Uniformity, to the extent of oppressive conformity and the crushing of individual thoughts and the devaluation of initiative.
• Hierarchy and the importance of proper authority, to the extent of a fear to report bad news to superiors, the rejection of suggestions or corrections from the lower ranks, and hostility towards those of lower rank who initiate action without permission, however effective or necessary the action was.
• A love of regularity and regimentation and an inability to think outside of drill.
• The fact that ambitious and achievement-oriented officers are highly esteemed and respected in the military, so much so that self-serving and vainglorious officers are sometimes promoted to high leadership, with disastrous consequences....

....All else being equal, a well-equipped, well-trained fighting force will be made ineffective by the presence of an incompetent leader, and no amount of military intelligence, regardless of how accurate and timely it is, will be used effectively by an incompetent general.....

He gives several examples of incompetence:

All of this sounds very familiar indeed and easily applicable to my office.

Today I learned we have a new KPI: at the start of every project, we have to estimate the number of requirements we think we will have.  As the project progresses, we will then be benchmarked against our original estimate to see how close we were.  If we're close, we'll be green.  If not, we won't be.  No explanation is given as to why this is a useful, meaningful measure, but my boss is now pouring the necessary effort into ensuring that we are green for this new KPI, no matter how pointless it is.  Because, obviously, the NUMBER of requirements you have is far more important than the QUALITY of them, no?

I'm starting to appreciate Kafka a little more each day of my working life.

Well, at least in this particular field of incompetence, no one dies.....Well, only on the inside.
Posted by swisslet at 18:55

Email ThisBlogThis!Share to TwitterShare to FacebookShare to Pinterest
Labels: books, my brilliant career