don't try to fight, just get freaky with a beard tonight... 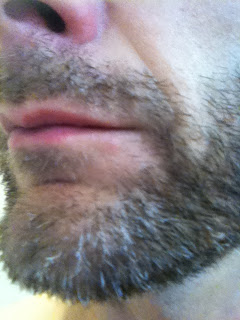 For reasons that I can't fully explain, THE BEARD IS BACK. 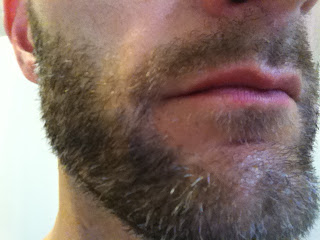 It started out as Glastonbury stubble, but after six days without a shave, I just decided to trim around the edges and keep the rest.  It's a combination of reasons really, but it's mostly because I saw myself in a photo the other day and I just looked hollow-cheeked, pale and gaunt.  Not a good look.  One of my oldest friends said to me a couple of weeks ago that the beard had covered that up, and I think I must have taken that to heart. Anyway, here I am.

Is it wrong that I derived an enormous amount of masculine satisfaction at my ability to grow an honest-to-goodness beard in about a week?  No matter how much I might like to deny it, I most certainly did and I do.  Growing a proper beard makes me feel more manly on a very primal level.  No question.  I'm already getting comments from other guys about how much they envy my beard coverage, and a surprising number of remarks from the ladies - not least my wife - about how much they think it's a look that suits me.  I've been described as "rugged looking" already (by a 20 year old!), which is nice.  If I'd known it got this much love, I don't think I would have shaved it off in January in the first place (diving trip and inevitable beard related mask-leak notwithstanding).

Someone also said today that I looked like Andy Murray... now, that's clearly nonsense, but I'll take it.  He's not even got a beard, has he?

Beards FTW!  Billy Bragg has one at the moment too.  What more reason do you need?
Posted by swisslet at 22:44