save me from this squeeze.... 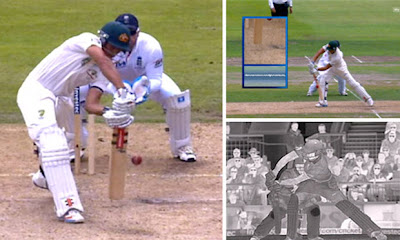 alive? dead?
Is there any better feeling on a beautiful, sunny summer’s afternoon than slipping away from work early so that you can shut yourself in a darkened room and watch a bit of cricket? Oh, I'm so glad you agree.  It’s hot and it’s sunny and England are playing Australia at Old Trafford in the third test of an Ashes summer. A series, what’s more, that England are leading 2-0. 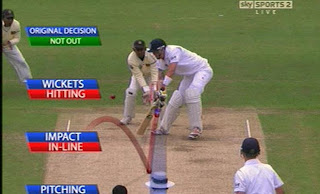 I hope I get to see some more controversial and incomprehensible DRS decision before the close of play. Isn’t it delicious and somehow so perfect for a game like cricket that a review decision can now be both Out and Not Out to the same ball depending upon which side asked for the review and the umpire's original decision?

It’s all a bit Schrödinger's cat: for the duration of the review, the batsman is BOTH alive AND dead, all at the same time.  What's hard to understand about that? 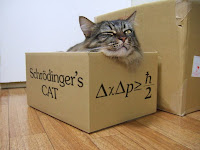 dead? alive?
It's such a simple game, isn't it?  I don't know why people make such a fuss about the rules.  It's easy: you have two sides, one out in the field and one in. Each man that's in the side that's in goes out, and when he's out he comes in and the next man goes in until he's out. When they are all out, the side that's out comes in and the side that's been in goes out and tries to get those coming in, out. Sometimes you get men still in and not out.  When a man goes out to go in, the men who are out try to get him out, and when he is out he goes in and the next man in goes out and goes in. There are two men called umpires who stay out all the time and they decide when the men who are in are out. When both sides have been in and all the men have been out, and both sides have been out twice after all the men have been in, including those who are not out, that is the end of the game.

As Sarah Bernhardt said, "I do love cricket - it's so very English".
Posted by swisslet at 17:06