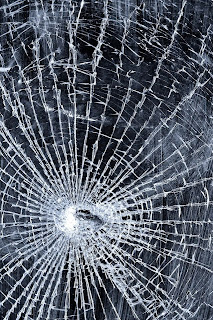 A friend of mine commented on Facebook last night that she had just shattered the screen of her iPhone.  It's not the most earth-shattering update, but the social media revolution is all about the mundanities of life, so it seemed about par for the course.  Then the comments started:

"That's what happens when you get a shitty iPhone hahahah"
"Over rated anyway. You are better off with a Sony Xperia Z. With a cutting-edge camera, a super-slim design and the ability to withstand life's knocks and bumps"

Harmless enough banter, I suppose, but I'm heartily sick of all of this lazy Apple bashing.  As if iPhones are the only phones that sometimes break if you drop them.

Look.  I buy Apple stuff, but I freely admit that the people who go on and on about this company being the most amazing thing ever are extremely boring.  Yes, they do get an awful lot of fawning coverage in the press.  Yes, I'm sick of the sight of idiots in their sleeping bags queuing up for a chance to get a gold phone before anyone else.  Yes, I'm tired of the drip-drip-drip of speculation about the next model.  Frankly, who isn't?

But you know what?  The people who go out of their way to slag Apple products off are even worse.  If you think that Android is a better operating system and you're convinced that you get better value out of your Samsung phone, then I'm happy for you.  Why isn't that enough for you?  Why do you feel the need to desperately sneer at everyone else?  Yes, £700-odd is a lot to pay for a phone, but it's worth what people are prepared to pay, isn't it?  I wouldn't queue up all night to get one, and I'm actually thinking of keeping my iPhone 4 for another year, but each to their own.  Different strokes and all that.

Have Apple jumped the shark?  Have they lost their edge since Steve Jobs died?  I don't know and I don't really care, but knee-jerk opinions from blow-hards on the internet are not very likely to change my mind either way.  I don't want hagiography, but neither do I want trolling... and the pointless my-dad-is-better-than-your-dad arguments are just pathetic and childish.

As it happens, I have an iPhone an (old) iPad and a Macbook Pro and I'm very happy with all of them.  They work for me.  Funnily enough, I actually spend a fair bit of time in my professional life railing against people automatically choosing Apple products for work when they are more expensive to buy, more difficult to support and not resilient enough for a retail environment.  I know they are cool-looking, but sometimes that isn't nearly enough.  You see how it's possible to have a nuanced position on these things?

A nuanced opinion on the internet?  Imagine that. 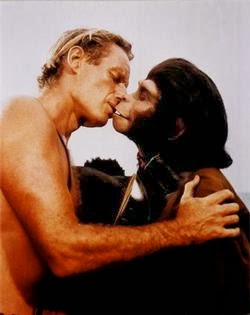 Why can't we all just get along?
Posted by swisslet at 21:49

Email ThisBlogThis!Share to TwitterShare to FacebookShare to Pinterest
Labels: anger management, stuff, why can't we all just get along?