In the last few years, I have been lucky enough to do a fair bit of travelling.  When we go on holiday though, we tend to go abroad.  In 2010 alone, when we took some time off work after my diagnosis with MS, we figured that life was too short and spent 9 months or so travelling around Hong Kong, Australia, New Zealand, USA, South Africa, Namibia, Botswana, Zambia, Canada, Thailand, Cambodia, Vietnam and Austria.  That was an amazing year and we saw and did lots of incredible things.  Since then, I've been to Kenya, Tanzania, Canada, Austria.... just not the UK.  Sure, we go to Glastonbury most years, but that doesn't really count.

For the first time in a long time, we spent last week on holiday in Dartmoor National Park in Devon.  We walked, we did some diving, we attended a family wedding and we ate some lots of really good food and drank lots of some really good beer.

You know what?  Some of this country is incredibly beautiful.  Easily as lovely as almost anything that I have seen abroad.  I really should make more of an effort to discover more of it. 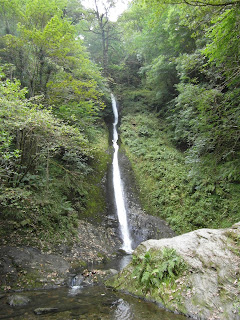 This is the White Lady Waterfall in Lydford Gorge.  My grandparents, my father's parents, used to live in Plymouth, so I spent many summer holidays in this area.  It was really nice to enjoy them again some twenty-five years later and to realise that I really should have paid more attention to the places my parents dragged me around when I was younger.  We even joined the National Trust, for goodness sake.  That makes me old, right?  I've put the membership sticker in the car, but it feels weird having it there and I've kept the backing to the sticker in case I decide to take it off again and keep it in the glove compartment until we need it next. 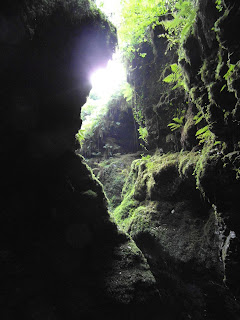 The view up from the Devil's Cauldron at Lydford Gorge.  Since I was last here, they've replaced the rickety, damp plank held up by rusty chains with a much more sturdy looking walkway, but the view remains just as splendid as it was before. 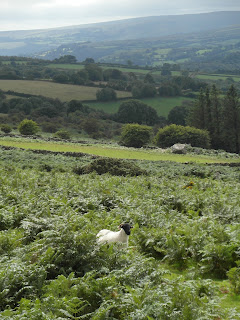 A sheep on the moorland above Widecombe-on-the-Moor in the heart of Dartmoor. 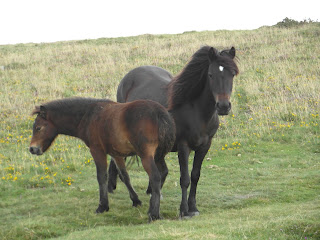 A Dartmoor pony and her foal.  It's a breed of horse entirely native to the UK and is hardy enough to survive the sometimes extreme conditions out on the moors, where they roam wild.  When we were walking, there were lots and lots of suckling foals.  They're wild, of course, but unlike Gerald the Gorilla, they're not livid and they actually seem pretty placid and tolerate having you walking around them. 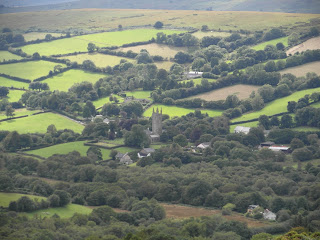 Widecombe church is apparently sometimes called "the Cathedral of the Moors".  Well, I don't know about that, but I did eat a delicious pasty from a stall just over the road from it. 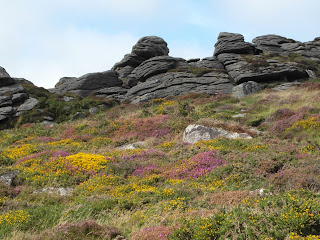 The weather was pretty good when we were there, but it can be famously changeable out on the moors.  We went for a walk near to Hound Tor - which apparently inspired Sir Arthur Conan Doyle to write his famous Sherlock Holmes story, The Hound of the Baskervilles. 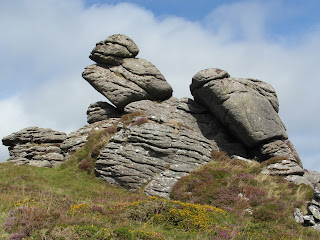 The moorland is capped with many exposed granite hilltops - like this one - known as tors.  As I'm sure you already know, the granite upland that makes up the National Park dates from the Carboniferous period of geological history.

They do a pretty mean cream tea around here too, AND Plymouth Gin is the discerning cocktail maker's gin of choice.  What more do you need to know?  My dad's family are all from Devon, so I'm practically local.  Certainly more local - at least in genetic terms - than some of the very posh sounding old people who seem to have bought up a load of the houses in Chagford, where we were staying, anyway.... but who can really blame them for moving somewhere so beautiful? A place where they serve local ice cream with a topping of fresh clotted cream?

It was lovely.... just don't trust your satnav to take you anywhere around here.  It might be technically taking you on the shortest route, but take my advice and buy an atlas instead.  An atlas will show you roads that are big enough to leave more than about an inch on each side of your car between very solid looking dry stone walls.  That way you don't have to worry what you're going to do when you meet a Land Rover coming in the other direction.