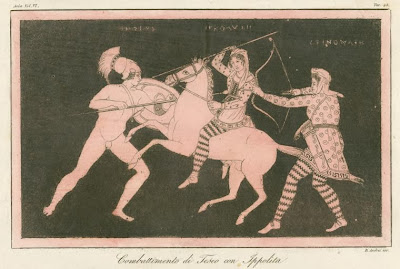 One of my colleagues mentioned to me today how obviously proud I was of my wife. This gave me pause for reflection. It’s true, I am phenomenally proud of her. We work for the same company, and actually we started work here on the same day way back in 1997… but over the last five years her career has really taken off into the stratosphere, and she is rubbing shoulders with some of the big dogs on the snowy slopes of Mount Olympus. If she’s not an actual deity (yet), then she must at least be a demi-goddess. Helen, perhaps? Hippolyta maybe. She’s more of a badass and less of a victim…. But I digress. 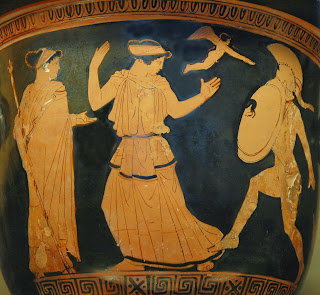 I am very proud of her, she works very hard and has made a lot of sacrifices to get to where she is now. More important than that, she has managed to hang on to her integrity. I’m always moaning about the idiots who manage my (old) department and how they don’t seem to have a clue what they’re doing or the slightest concern for the people who work for them. My wife could not be more different: she is diligent and is concerned above all else to make sure that the people around her – at every level, not just the high-ranking ones – are happy and know what they are doing. She once took someone through a redundancy process that involved going to a grievance tribunal. At the end of the whole thing, the person who lost her job sent my wife a thank you card. I’m pretty sure that doesn’t happen all of the time and is a tribute to the way that she manages people (…even if, after nearly 15 years, she hasn’t quite worked out how to manage me).

I am really proud of my wife, and all my colleagues can see it. Who wouldn’t be proud of someone as amazing as that? You know what I realised though? I don’t show it to her often enough, and she’s the one person who probably needs to hear it from me the most. 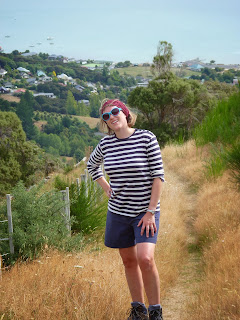 Well, here it is. In case she’s in any doubt, I think she’s amazing. When she gets home tonight, I’ll be sure to tell her.

....maybe before she sees I haven’t done any of the washing up while she’s been away.
Posted by swisslet at 19:47

Email ThisBlogThis!Share to TwitterShare to FacebookShare to Pinterest
Labels: C