I had a meeting with someone at work today who I haven't spoken to in a few weeks. As I rolled up to her desk, the first thing that she said to me was - and I swear I'm not making this up: 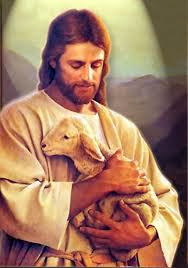 Dammit.  I knew I should have left the bloody sheep at home.

Mind you, as an atheist, I probably shouldn't be taking that as quite as much of a compliment as I am, right?

After all, WWRD: What would Richard Dawkins do?*

*Fire off a vicious and satirical paper mocking the manifest stupidities of organised religion in as pompous a way as possible, but that's not important now....
Posted by swisslet at 19:43