....and sometimes you close your eyes and see the place where you used to live

Two of my oldest friends - I believe I met them both in 1987 - were also born in 1974 and have birthdays within a few days of my own at the beginning of March.  Ten years ago, we threw a big party to celebrate reaching the grand old age of thirty.  Impossibly old!  We hired a room, had food and a DJ and all sorts.  We went clubbing afterwards too.

Turning forty has been a little different.  We're older now, so instead of a room in a pub, we booked a private room in one of the nicer hotels in Nottingham and had an excellent meal with seventeen of our friends instead.  We didn't go clubbing, but we had an iPod speaker, and we listened to music and had a good old natter over some wine and some excellent cocktails.

When we reached the point of the evening where it was only the hardcore left (and no girls), we put on some Metallica....at a volume sufficiently low so as not to disturb any of the hotel's other guests, obviously.  We're not heathens.

One of my best presents was a photo book that documents some of the finest moments in our long friendship.  It was passed around to much general amusement all night, and at some point in the evening, we recreated a pose from a photo taken at our thirtieth birthday bash*

*thanks for the photo Sarah! 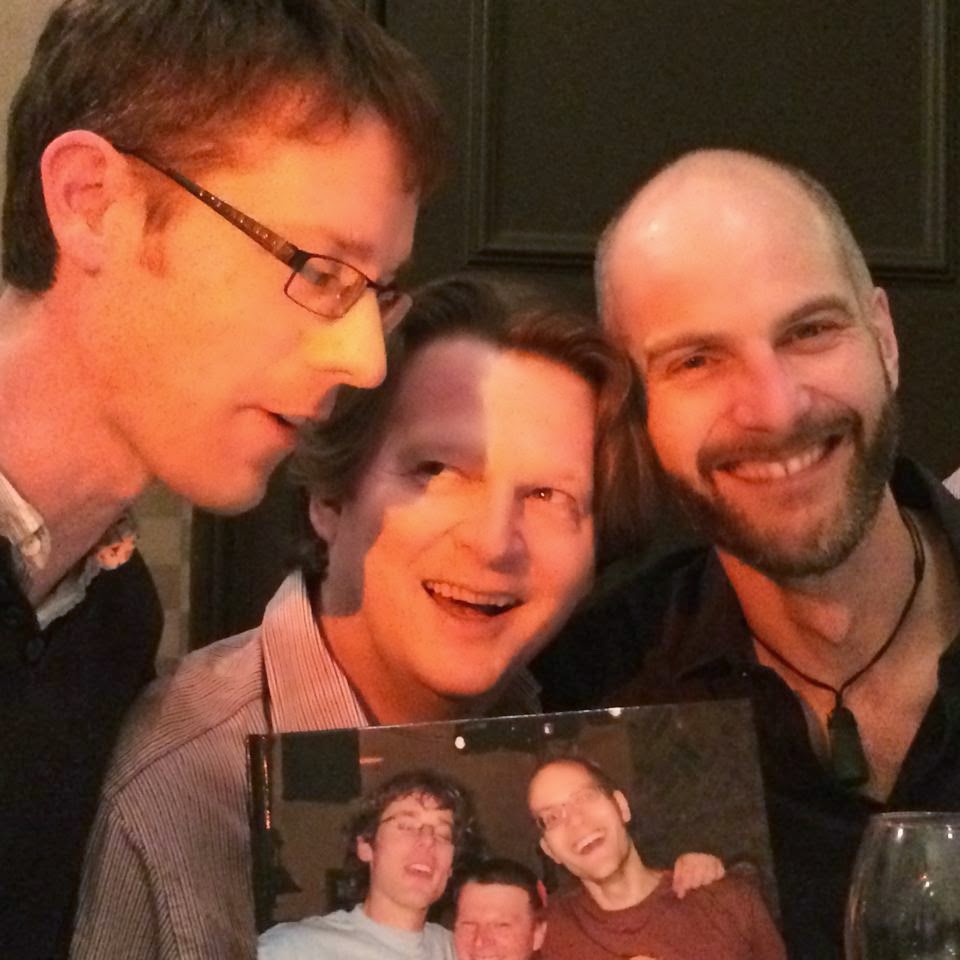 I don't reckon we've done too badly over the years, to be honest.

I had a long conversation with one of my old housemates on Saturday evening too.  She asked me if I'd like to be young again, if I could go back knowing what I know now.  She would, she said.  Not me.  I am the person I have become because of all the things that have happened to me and the decisions that I've made.  For better or worse.  Would I change that?  Nah.  If being an idiot at twenty means that I'm less of an idiot at forty, why would I change anything?

Do stop me if I'm starting to sound like Yoda, but when nine hundred years old you reach....

And so, at last, the fortieth birthday season draws to a close.