Some of my colleagues have spent the last few weeks working on a communications plan.  I haven't been directly involved, but I've now moved far enough out of IT that I seem to spend at least some of my time with the rather ethereal folk who work in communications and marketing and exotic areas like that.

This ain't Kansas any more, Toto.

This communications plan is something of a big deal: it's how we're going to launch the big, important thing we're working on to the wider company.  Communications professionals have spent a lot of time putting their fragrant heads together to come up with something splendid.  Apparently it was really very impressive.

Sadly, they've had to throw it away.  The whole damn lot.  They've thrown it away and they're going to have to start again from scratch.

Because it was all about landing aeroplanes safely.

Yeah.  Brilliantly original though it obviously is, it's probably best to steer clear of that at the moment, eh?  Perhaps we could switch to communication Plan B, which I believe was something about getting involved in a land war in Asia. 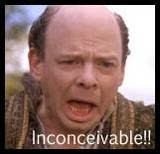 I had a lovely holiday, but it sure is good to be back at work.
Posted by swisslet at 20:13