jesus without the suffering.... 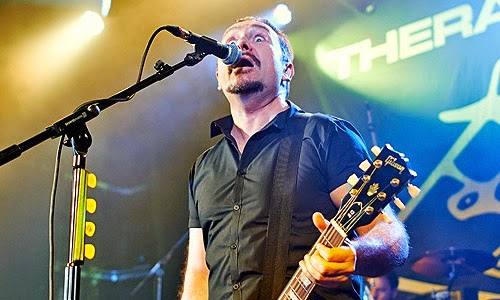 In my third year at University, when we got back from spending a term in Venice, we were guaranteed campus accommodation. In my case, in the January of 1995, this meant a room in a flat in a purpose built plot of university accommodation just a couple of minutes away from the main student union. Very handy. In fact, my room was on the first floor and looked directly back down the road towards the main campus. People standing at the pedestrian crossing waiting to come across to the residences looked straight into my room.

If anyone did idly look up at my room, this is what they saw: 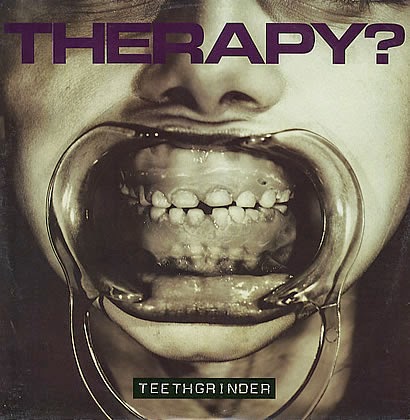 Something prompted me to dig out my copy of "Troublegum" a couple of weeks ago.  It is one of those CDs that long pre-dates the time when I started ripping everything, so I didn't even have a copy on my iPod when I had a sudden craving to listen to "Screamager".  When I was thinking about what to listen to for my run on Saturday morning, I shared with the world on Facebook that I couldn't decide between Johnny Cash and Metallica and ended up with Therapy?

Almost immediately, both Graham and Mark messaged me to tell me that the band were performing "Troublegum" in full at Rock City that very night as part of the twentieth anniversary tour.  Tickets were still available.  Did I want to join them?  Of course.  The bloody thieves charged me a £1.95 booking fee and a £1.50 charge for a ticket that wasn't actually a ticket at all but my name down on the door, but at least I was in...

When I walked past the venue in the early afternoon, I overheard the band's roadcrew talking about how they had managed to get half price baguette for the rider, so it seems that even rock bands get old and sensible.  As you might expect, the crowd for a show where a band are playing a twenty-year old album in full doesn't contain many young people.  That's fine by me.  The kids seem to like The Horrors and The Palma Violets, so clearly their ears have been painted on.

Therapy? played "Troublegum" in full and it sounded amazing.  It's two decades old, and it sounded fresh and vibrant and LOUD.  The band looked like they were having a ball, and the crowd certainly were (apart from the plums standing next to me who spent most of the gig snogging each other and taking selfies of themselves kissing, with flash.  They didn't seem amused when Graham photobombed them...although it certainly amused us).

"Screamager" is the song I've kept coming back to over the years, and it is an amazing blast of a single... but the rest of the album stands up pretty well too.  The hits keep on coming: Hellbelly, Stop It You're Killing Me, Nowhere, Trigger Inside, Femtex.....It's not everyone's cup of tea, I'm sure, but the musicianship is good and the themes of the songs are reassuringly gloomy.  They played the album top to tail.

Set
Knives
Screamager
Hellbelly
Stop It You're Killing Me
Nowhere
(with snippet of "Nowhere Man" by The Beatles)
Die Laughing
Unbeliever
(preceded by a capella verse of Halfway Down the Stairs)
Trigger Inside
Lunacy Booth
Isolation (Joy Division cover, obvs)
Turn
Femtex
Unrequited
Brainsaw
You Are My Sunshine

... and then they played a whole pile of singles and b-sides from the same era.

I haven't been to a gig that loud since I saw the Hives in the same venue in 2004.  It was fucking brilliant.  As spur-of-the-moment decisions go, this was a really, really good one.  I know this isn't really a proper review, but it was a damn good gig.  If you haven't listened to the album for a while, then you really need to dig it out.  It came out at about the same time that Kurt Cobain died and those  hooks, that guitar and those gloomy, self-loathing lyrics are kind of magnificent synthesis of grunge and metal.  It still sounds great.

Oh, and word out to Slam Cartel, who played the basement directly after Therapy's set.  Sounded pretty good.