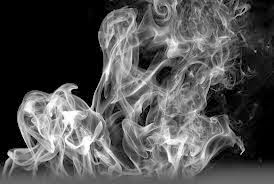 Apparently, my office is preparing to ban e-cigarettes.  Or they might already have banned them.  As someone who isn't addicted to nicotine in any form, I'm a little fuzzy on the details.  The new policy will treat them in exactly the same way as analogue cigarettes, meaning that you can't just sit at your desk having a quiet puff, but you'll have to go outside to the smoking sheds with everyone else.

Apparently, this is a policy that lots of other places already have.  New York and Chicago have both banned them in public places, for starters.  The thinking is that these bans are aimed at preventing the re-acceptance of smoking as a societal norm, particularly amongst younger people and that smoking e-cigarettes may be some kind of "gateway" drug to smoking the real thing.

Really?  Is that the best we could come up with?

Look.  I realise that there are all sorts of unknowns about e-cigarettes and what their long-term impact on health is.... but doesn't a ban like this just stink of people banning something they feel vaguely uncomfortable with?

As a non-smoker, I find that the smoking ban has generally made a night out that much more pleasurable.  Did anyone - even smokers - really enjoy coming home at the end of the night stinking of fags?  Nevermind the health benefits, isn't it just much nicer for everyone to be in an environment where someone else can inflict their second-hand smoke onto you?  But what's the objection with an e-cigarette? Is it just that you now find it a bit weird seeing someone sitting indoors puffing out smoke?  If that's the reason, then it's a shit reason for banning them in enclosed public places.

I've read some nonsense about how it makes it much harder to identify when someone is actually smoking indoors, but again, that's feeble.  Worried about passive smoking?  Well, you do know that it's not actually smoke that they're breathing out, right?  You might just as well ban kettles.  And don't even get started on the everyday pollution spewed out of cars that we breath in every day with barely a second thought.  You reckon the vapour from an e-cigarette is likely to be anywhere near as harmful as that?

The objections are laughable.  Whilst it might be true that e-cigarettes turn out to be bad for the individuals using them (and nicotine is, let's not forget, a neurotoxin.... just like alcohol and just like caffeine), then that's still not a good enough reason for banning them either.  That's personal choice, just like alcohol and caffeine. Analogue fags are bad for the people around them who haven't chosen to smoke them.... but that simply isn't the case with digital fags, is it?

So why the rush to ban and the delay to carry out proper testing? Might it have anything to do with the billions of pounds spent on traditional aids to giving up smoking: patches, gum and the like?  Could it have anything to do with the billions of pounds raised in taxation through people buying cigarettes rather than than the much cheaper vapourisers?  If the government might be better off in the long-term as more people give up smoking and enjoy better health (traded off against the cost of their longer lives), could they stomach the short-term loss in revenue?  Tobacco companies are hedging their bets by throwing themselves into the e-cigarette market, that's for sure.... although you can't help but wonder if they've made a mistake with the name.  I can see how they would want to encourage smokers to buy their tobacco replacement product, but the very use of the word "cigarette" and the initial packaging that saw vapourisers made to look like traditional cigarettes has surely provoked the banning instinct.

At dinner the other day, I'll admit it was a bit weird to watch someone pulling out their vapouriser and have a discreet puff between courses... but when I thought about it, I realised how groundless my objection was: the vapour doesn't smell of anything and it's not disruptive to me in any way.  From my point of view, it's nothing like as disgusting as an old-school cigarette, and if it was helping the lady using it to give up smoking tobacco and all the various evils associated with that, then what grounds do I have to complain?

There might turn out to be perfectly good reasons to ban e-cigarettes, but until we can identify them, then any move to ban is just ludicrous.  I can't put it any better than a comment I read below an article in the Guardian today, so I'll leave you with that.  Over to you, MrEurope!

"The very idea that there is a "debate" about whether e-cigarettes are better than normal cigarettes in an insult to human intelligence, and it has truly made me question just how intelligent our species really is. I have been vaping for the past 20 months or so, and you would have to be ignorant to the point of medieval to not immediately realize that e-smokes is the by far lesser of two evils.
Just to name a few quite obvious advantages:
- It does not contain carcinogens (and if it does, in such minute trace amounts as to genuinely be neglible)
- There is no combustion happening (and thus all related problems do not exist)
- It does not contain carbon-monoxide
- It does not stink (or, only disperses a sweet-ish smell from the flavor one vapes)
- It does not burn/make smoke/vapor while not being used (unlike a cigarette)
- It is just about harmless to bystanders
- It does not stink up your clothes, car, house, carpets, breath
- It does not make you smell like an ashtray
- You can use it while eating (even in a restaurant) with no ill effects for the enjoyment of one's food or that of others

And that's just from the top of my head. Not to mention, it's up to 75% cheaper than smoking. The very fact we are talking about them on an equal footing with cigarettes is absurd. I suppose that the manufacturers of the devices gave themselves a real problem by naming them electronic cigarettes, and by making the first devices look like one. I can see why they did it, but now this is turning out to be a major issue.
To talk about regulating these things like one would regulate tobacco products is to be completely devoid of even the most basic information about how the devices work.
Honestly, if there has been one "Debate" that has seriously made me question just how advanced and rational humans are - this is it. The truth is that employers ought to be giving these things away for free to their employees, and require they stop smoking actual tobacco. Just the saving in useless smoking breaks would save billions, not to mention the health-benefits to employees.
And how paradoxical it is, too, that in the Information Age, where one would imagine we are very well informed with facts and detailed information, we still can be actually SO ignorant on something THIS obvious. A shame on humanity, and a stark reminder how irrational, tribal and backward we actually still are."
Posted by swisslet at 19:53