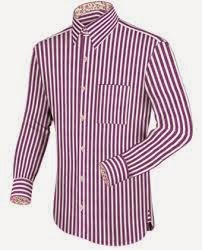 I generally wear a smart shirt to work. In theory, our dress code is “smart casual”, but in practice most people dress up fairly smart. It’s just easier, isn’t it? I like wearing jeans and t-shirts, but I don’t like wearing them more than I like blending in when I’m at the office. In this instance, it’s just easier to conform, and throwing* a shirt into my cycling bag every morning takes very little thought at all. That being said, I don’t wear a tie. There are limits, and ties are both pointless and uncomfortable.

The only thing about shirts is that they need ironing. I know how to iron a shirt, of course, but there’s almost nothing more depressing than standing at the ironing board on a Sunday night contemplating a pile of unironed shirts. Sunday evenings are bad enough on their own.

So I took action.

Yes. I’m afraid to say that I outsource my ironing. I don’t mind doing the washing at home, but once a week or so, I take a pile of shirts to the laundrette round the corner, and for the princely sum of something like 50p each, I get someone else to iron them for me. It might only take half an hour to do them myself, but I reckon that’s £2.50 well spent.

It does, however, occasionally lead to the odd problem:

I have quite a lot of work shirts. Each one lasts a few years before it needs chucking out, and I have a rotating cast of shirts of varying types and qualities, from excellent Thomas Pink shirts, via decent TM Lewin shirts, all the way through to your bog-standard M&S easy-iron shirts. I tend to wear them as the fancy takes me: sometimes wanting a skinny shirt with double-cuffs, sometimes a fairly work-a-day button down cuff… I like to live on the edge.  I mix up my cufflinks too.  Yes, I do.

I bought a really nice shirt a couple of months ago, made out of properly soft cotton. At some point this week, it occurred to me that I hadn’t seen it in a couple of weeks. I checked all our various laundry piles and bags of bits and bobs, but it was nowhere to be seen. Then, as I was looking through my other shirts trying to find it, it occurred to me that I might be missing some other shirts as well, including my posh dress shirt with the wing collars that I wear about once a year.

I went to the laundrette, but they had nothing under our name. The nice lady in the laundrette then had an idea: they’ve taken on some new staff recently, and on a hunch, she checked the “unnamed” section. Sure enough, there were my shirts.

If it’s not a middle class problem when the laundrette that does your ironing has taken on new staff who don’t know your name and so incorrectly label your work shirts so they can't be found, then I don’t know what is.  It's not great that it took me the best part of a month to notice they'd disappeared either, is it?
Posted by swisslet at 18:57