the monkey wants to speak, so speak monkey, speak....

If you'll forgive the indulgence, a quick post about football. 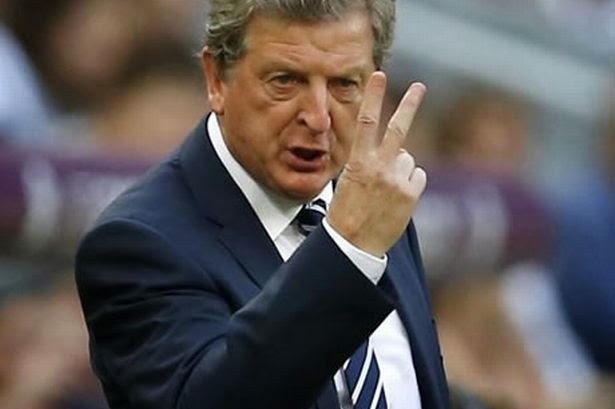 I would describe myself as a follower of football rather than a fan.  I'm more than happy to watch it, and I have a team that I support... but I increasingly find myself distanced from it by all the hoopla that surrounds it.  It's not even particularly the way the clubs and the players behave, for me it's the way that Premier League football seems to command saturation coverage in the media.  Even more specifically than that, the coverage seems to mostly rotate around about five clubs at the top end of the table (and Manchester United).  It doesn't matter what else is happening in any other sport, if there's some top division football on, or a transfer or sacking in the offing, then the rest of the world might as well not bother for all the coverage they're going to get.

I like to listen to BBC 5 Live, and they're increasingly guilty of this.  Their anchor, Mark Pougatch is particularly guilty of this. I heard him the other day trying to put forward the theory that Arsenal have started signing English players because Arsene Wenger was stung by the "betrayals" of players like Samir Nasri or Baccary Sagna, who took lucrative contracts to play somewhere else, and thinks that English players -- who are apparently all great mates -- just will not behave in the same way.  Even allowing for the fact that this theory conveniently forgets an English player like Ashley Cole, it's complete and utter speculative cobblers.  And yet, there it was, being passed off as insight.

Anyway.  England are playing Switzerland this evening, in their first competitive match since the World Cup, when we were eliminated in the group stages before most of the other teams present had played their second game.  The expectations surrounding the English national football team are remarkable: the only tournament we have ever won was our own World Cup, back in 1966. and we've never really been close since.  Has this stopped the expectation that we should be winning more, even when our world ranking would suggest that a quarter final is about the best we ought to be hoping for? No.  Of course not.  We went to Brazil with the media saying that we had no chance.  This quickly became a way of everyone saying "we have no chance", whilst all clearly thinking that somehow this meant we would slip under the radar and win the tournament.

In fact, we had no chance.  We were abject and thoroughly deserved to go home when we did.  So why is it then, if we really went to the World Cup with no expectation, why is the media suddenly all over manager Roy Hodgson's back and have the knives out for Wayne Rooney, probably our best player?  Listening to 5 Live over the last few days, and even the BBC seems to be sharpening the knives, saying that we're never going to achieve anything as long as he is manager.  Pougatch can barely stop talking about it.  I think he imagines that he's the voice of the fan, or somesuch.  He was rather knowledgeably suggesting the other day that Hodgson should be immediately replaced with Gary Neville and that Raheem Sterling is now England's main man and not Rooney...

The grim reality is that the England football team just isn't that good at the moment.  Many of our established internationals - underachievers at international level to a man themselves - have retired and the next generation of players are barely holding down first team positions for their teams in the English Premier League.  We look turgid, tactically rigid and inexperienced.  Frankly, what else is new?  When do you remember England being anything like the sum of their expensively salaried parts?

It's just tedious to hear the media jumping on the same old bandwagons and offering up criticism but not solutions.  It's boring and it does football no favours.  I just can't be bothered with it. Football might be the beautiful game, but it also really is the game that ate itself.

Sepp Blatter is a venal, corrupt man who sits at the head of the worm-riddled organisation that runs international football.  It's hard not to wonder if football hasn't got exactly what it deserves.
Posted by swisslet at 20:25