I got home this evening to find this on the doormat: 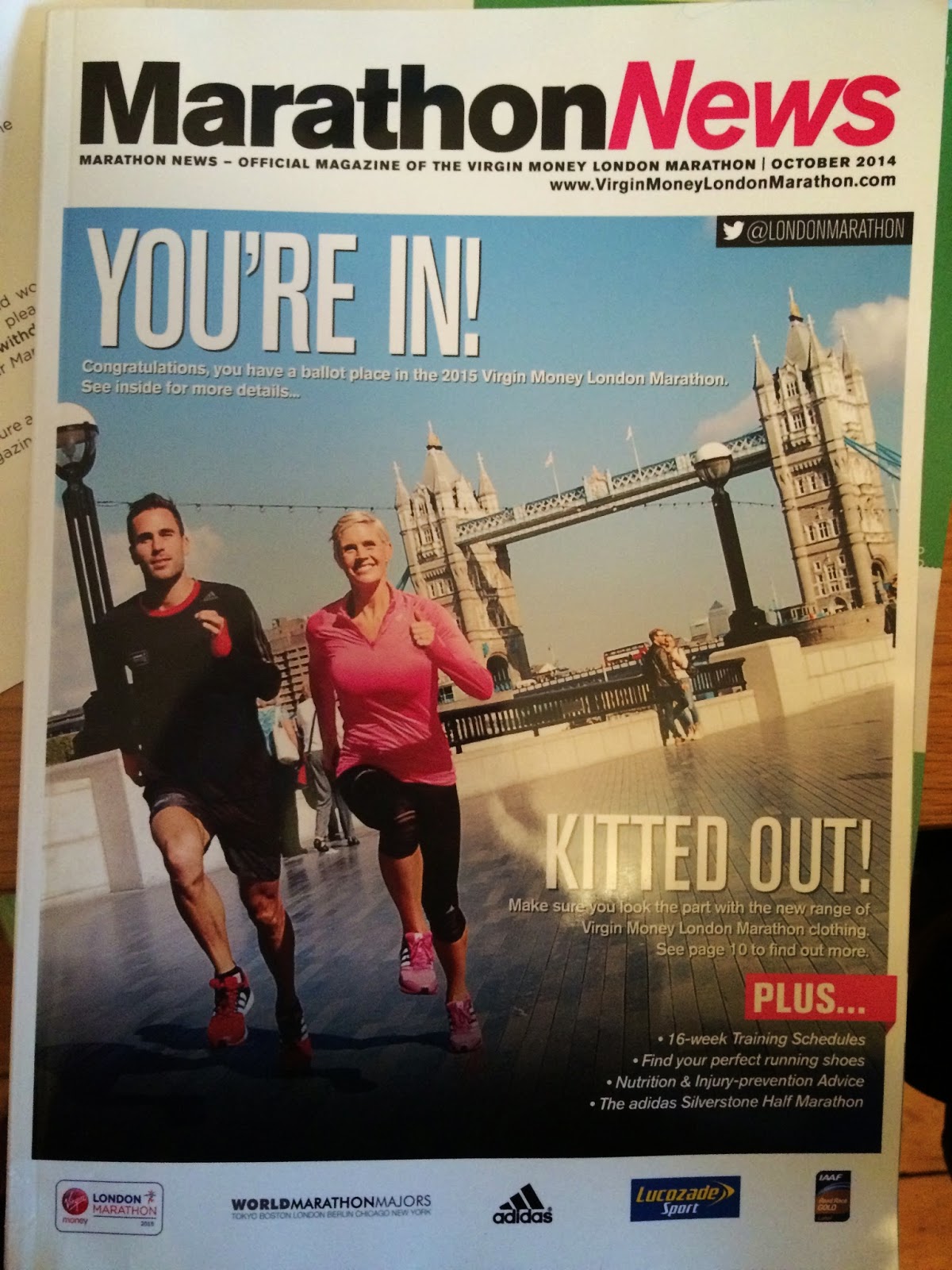 We've both got charity places lined up for the London Marathon already, but entered the ballot anyway.  C's rejection magazine arrived in the post yesterday, and my Facebook feed has been filled with my friends from running club sharing their disappointment that they failed to get a place at this iconic race for the umpteenth time of trying.... so I got in at the first time of asking.

As I had a place anyway, I suppose you might wonder what the fuss is about, but there's still something pretty thrilling about receiving that sort of post, especially when so many other people have been trying without success for so long.  It's a big deal. Plus it means that I can return the charity place.  I'll raise money and run for the MS Trust anyway, but it means that they can let someone else run too and will raise even more money.  It's all good, although shit just got very real.

I was at running club this evening actually, making my way across the river to the badlands of Carlton for the very first time, and my friend Abi told me that I should look at some photos of me finishing the Colwick Parkrun the other week. 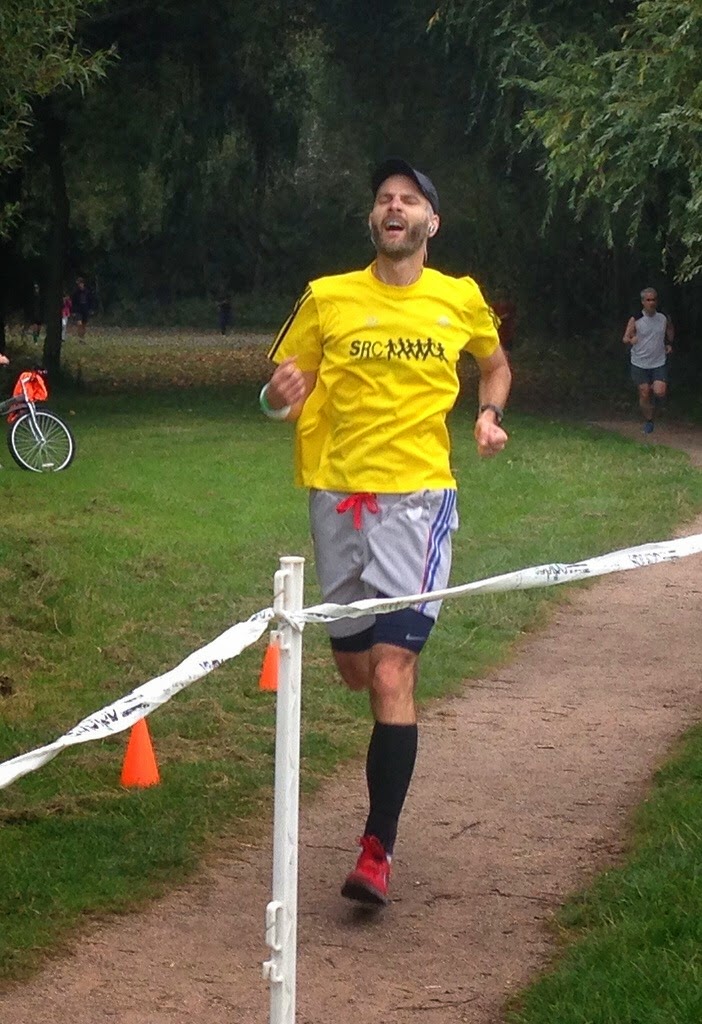 I do this for fun, you know. 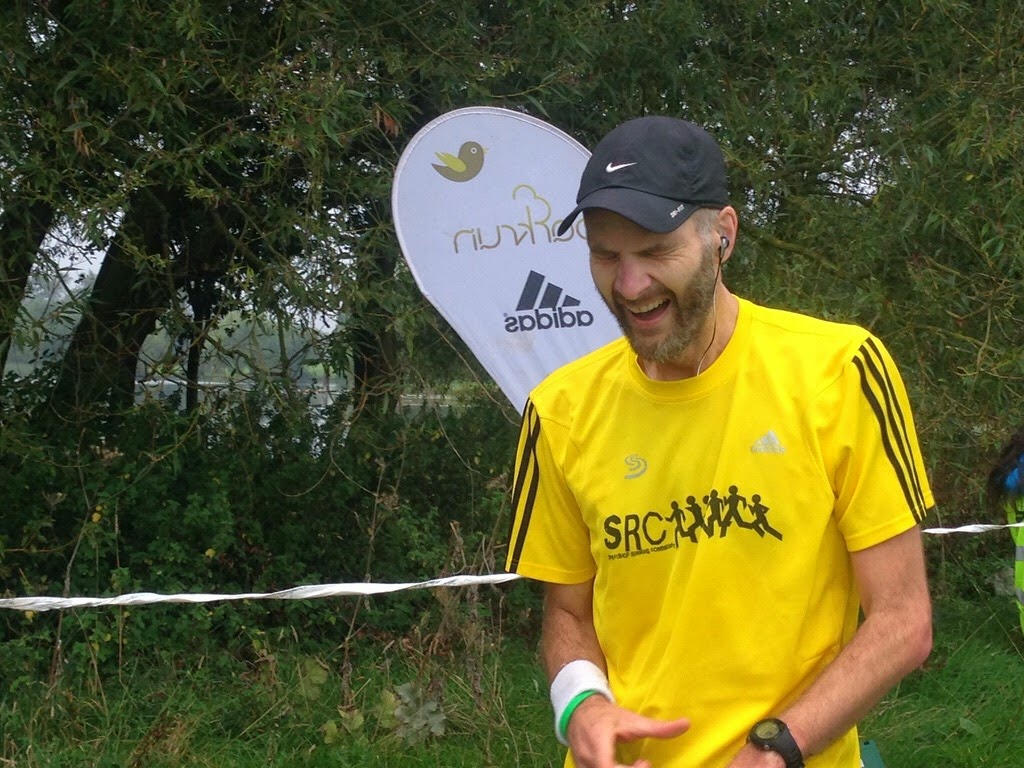 Yeah.  It's brilliant.  You should try it.

That's what a one second PB looks like: painful and a bit disappointing (I got an 18 second PB the following week and they gave me cake on the finishing line, so I may well have looked a bit happier then!)
Posted by swisslet at 22:44