Someone asked me today if I was having a dry January.  I think I may actually have recoiled in horror at the very thought of it.  Hell no!  January is one of the darkest and most dreary months of the year; everyone is fairly miserable because they're back to work after a nice break over Christmas.  Why the hell would anyone think that this was a good time of year to be giving up anything, nevermind the sweet consolations of alcohol?

But of course, that's exactly what loads of people do every New Year: give up drinking, give up smoking, join a gym, start eating more healthily.... good luck to them, I say.

Perhaps this is taking things too far though: 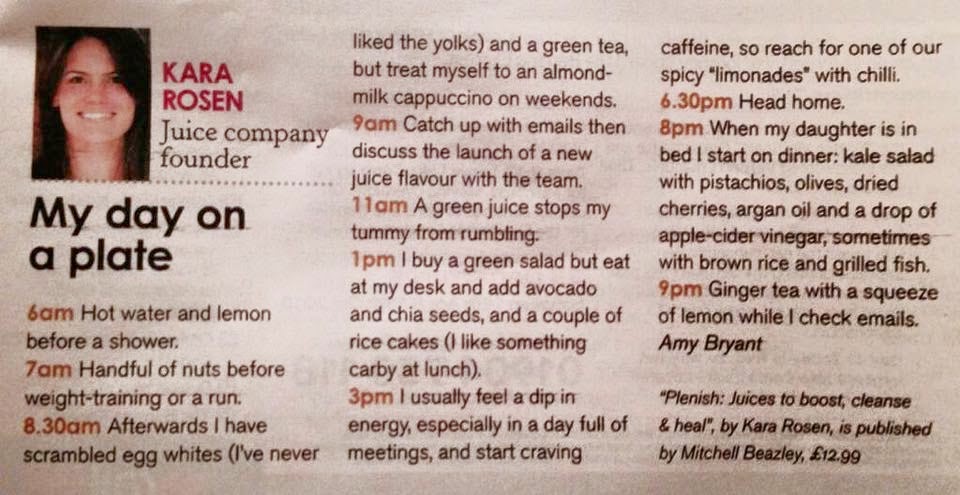 (This prompted uproar on Facebook, and I was particularly tickled by the comment in response "Sometimes if I feel a little weak, I'll treat myself to a big cry and drink my tears with a small squeeze of lemon and enough rage to see me through till home time." Also, showering *before* you run? Really?  It's okay though, guys.... she likes Creme Eggs.  Although perhaps not since they changed them? That doesn't explain the whole shower-before-exercise thing, mind.....)

I like a beer.  I really do.  I look forward to a beer at the end of a long week.  The idea of giving up strikes me as a needless act of self-denial.  I like drinking beer and I like shopping for interesting beer in the interesting beer shop just around the corner.  Oktoberfest beers were great, but then we were into Christmas beers and I've been very much enjoying the Belgian festive brews that he stocks.....

Then I thought about it: I barely actually drink at all and I don't especially like being drunk.  I enjoy beer but drink perhaps four pints a week, maybe five.  I also quite like wine, but I've still got a bottle open in the kitchen that I started drinking at the beginning of December.  I actually don't drink during the week at all.  Compared to some, I'm practically teetotal.

In fact, to hell with it: I'm going to have a beer right now.  On a Thursday night and everything.  I'll use it to wash down my kale salad with pistachios, olives, dried cherries, argan oil and just a tiny amount of apple cider.