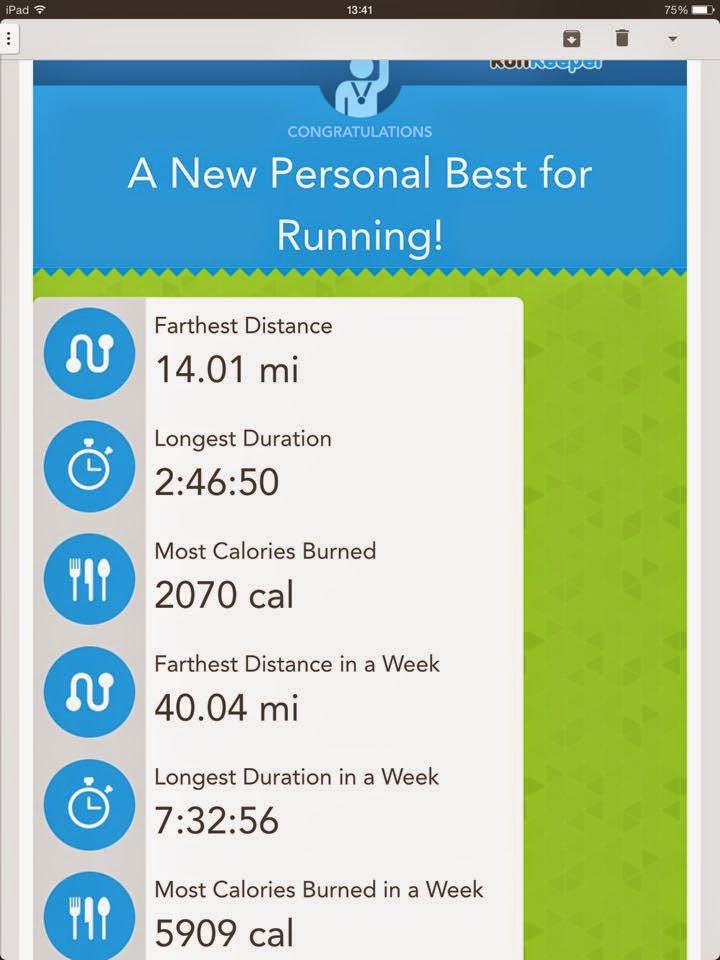 54 days to the big day and training is really beginning to bite. I’ve been tracking my running properly since 2008 and I now several thousand miles all neatly logged on Runkeeper (3530 miles, to be precise….which is further than the distance from Nottingham to New York. In fact, on my current mileage, I would have passed through Manhattan at some point in early January). It now seems that I’m breaking records every week: most mileage in a month, most miles in a week, longest distance, most time taken, most calories burned…. I did fourteen miles yesterday, taking me over the 40 mile mark for the week. My programme will see me undertaking a 20-22 mile run at the end of March, but in terms of weekly mileage, it’s not going to get much heavier than this.

Strange though it might sound, I’m actually enjoying the runs themselves, but they’re dominating my life. If I’m not actually doing one, then I’m thinking about the next one. I’ve never exactly had a crazy nightlife, but these days I’m so tired all the time that if I’m not actually asleep on the sofa, I’ve just given up trying to stay awake and I’ve gone to bed. Eight hours sleep is pretty much my minimum requirement at the moment….although lie-ins have become a thing of the past as it seems so much easier to get my long weekend runs done in the morning than let them hang over me for the rest of the day. I won’t lie to you: the thought of getting this marathon done and then being able to think about something else is becoming very appealing indeed.

Mind you, I suppose I shouldn’t grumble. A couple of years ago, I wasn’t actually sure if my body would allow me to run much more than six miles every again. The prospect of a half marathon seemed like an impossible dream when I was struggling to make my way around a single three mile run in a week. My body has been pleasingly resilient to the increased mileage. I was worried about the prospect of slowing down to run at my wife’s pace, but actually taking pace off the table and leaving only (only!) the mileage to worry about has been a real gift. It makes me chuckle to think that, in the past, running a half marathon would have been worth a couple of days of self-congratulation and a couple of days off running. Nowadays, I think nothing of running fourteen miles on a Sunday and heading out on the Monday to do a cheeky little six-miler (even if I did manage to fall over tonight after five miles, thanks to my dropping left foot and an uneven paving stone on Trent Bridge....). These miles won’t run themselves, you know.

Fundraising is going pretty well at the moment, but we’re still some way off our target and anything you can give will be very much appreciated.

Our sponsorship page is here: http://uk.virginmoneygiving.com/team/TCMS

Maybe you could sponsor me to stop talking about running all the time?
Posted by swisslet at 21:48