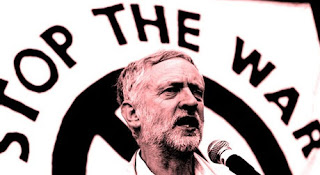 Here’s a question for you: how well do you know the British National anthem?

My reason for asking, of course, is because the new leader of Her Majesty’s Opposition, Jeremy Corbyn, has been the centre of a storm over the fact that he chose not to sing the words of the National Anthem at a memorial service to honour those who fought and died in the Battle of Britain. He didn’t “refuse” to sing, he just elected not to.

He’s long on record as an atheist and a republican; if he had decided to sing the song, then he would have been betraying some of his principles and would have been guilty of being exactly the same as every other politician we have who don’t say or do what they actually believe, but instead say what they think we want to hear and will get them elected. Maybe he should pick his battles more carefully and could afford to have avoided giving his enemies a stick to beat him with by mouthing along… but actually I think more highly of him for not doing so. This is what makes him different. Apart from anything else, his presence at the memorial service was paying respect to people who made the ultimate sacrifice to preserve our freedoms, including our freedom not to sing the National Anthem. In fact, he paid a warm tribute to those servicemen:

“My mum served as an air raid warden and my dad in the Home Guard. Like that whole generation, they showed tremendous courage and determination to defeat fascism. The heroism of the Royal Air Force in the Battle of Britain is something to which we all owe a enormous debt of gratitude. The loss of life – both civilian and military – should be commemorated so that we both honour their lives and do all that we can to ensure future generations are spared the horrors of war.”

Do you see anything offensive or controversial in that? No. Me neither.

Let’s not forget too what our Prime Minister thinks is appropriate at a memorial service. 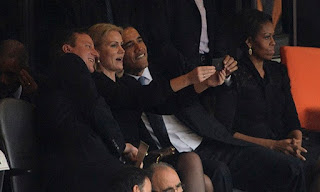 Apparently, there’s a school of thought that Corbyn should show some respect to our head of state now that he’s leader of the Opposition. Really? Exactly what kind of a hold does the Queen have over our elected Parliament? She’s the only person in the world who isn’t allowed to set foot in the chamber of the House of Commons. She has no power here: never forget that in 1649, Charles I was executed on the orders of Parliament. We did it once, we could technically do it again. In fact, maybe it would be a mercy….she’s had a good innings and doesn’t look happy.

Why should any MP be expected to slavishly bend the knee and sing this servile nonsense if they don’t want to? It’s a dirge. Compare this to something as brilliantly vibrant and defiant as La Marseillaise. My wife’s father was born in England but has lived in France for many years; he refuses to sing God Save the Queen, but used to make the family stand up for the French anthem. Better, he says, to be a citizen of a Republic, even a rubbish one, than to be a subject of her Gracious Majesty.

This brings me back to the lyrics. How well do you know it? It has six verses, for starters:

2. O Lord our God arise
Scatter her enemies
And make them fall
Confound their politics
Frustrate their knavish tricks
On Thee our hopes we fix
God save us all

3. Thy choicest gifts in store
On her be pleased to pour
Long may she reign
May she defend our laws
And ever give us cause
To sing with heart and voice
God save the Queen

4. Not in this land alone
But be God's mercies known
From shore to shore
Lord make the nations see
That men should brothers be
And form one family
The wide world over

6. Lord grant that Marshal Wade
May by thy mighty aid
Victory bring.
May he sedition hush,
And like a torrent rush,
Rebellious Scots to crush.
God save the Queen!

What utter nonsense. I’m English, and I think it’s rubbish enough…. imagine being Scottish. “Rebellious Scots to crush”? Is it any wonder they want shot of us? “Thy choicest gifts in store, on her be pleased to pour”? Even if you can get past the hideously contrived meter, what the hell is that supposed to mean? You could refuse to sing this rubbish on aesthetic grounds alone, never mind anything else. If you’re a republican or an atheist, it’s a nightmare. I don’t sing it, and I certainly won’t criticise Jeremy Corbyn for not singing it either.  Haven't we got more important things to be talking about?

Meanwhile, whilst this is the hot news in the papers, the Conservative government today put their plan to cut Working Tax credits before Parliament, where it was passed by 35 votes. This makes working people on lower-wages poorer. As the Labour MP, Frank Field said today “In one single move [the chancellor] has destroyed his 2020 election strategy because we heard the very powerful speeches the chancellor made saying the Conservative party was in favour of those individuals who got up in the morning, who did grotty jobs for very low pay and they passed the windows of their neighbours whose curtains were still drawn, who were on benefits. Those individuals who still rise to the work motive in this country, which is so important for both economic and human advance, will know as they pass those windows with the curtains drawn they do so on average with £1,300 a year less in their pocket.”

And we get outraged at someone not singing a stupid, irrelevant song as these trolls gleefully set about making the poorest people in this country poorer. For shame.

The Queen's views on this are unknown. So are God's.
Posted by swisslet at 20:41