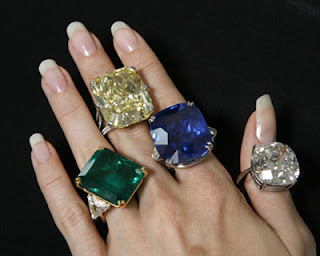 Yesterday evening, my wife came into the house from the car clutching a ring. “What’s this?”
It was a woman’s ring. Metal with a decorative stone. Not really expensive, but not a cheap piece of crap either.
“Where did you find that?”
“In the cup holder in the car. Any ideas where it came from?”

I racked my brain and came up with nothing. Why on earth would there be a woman’s ring in my car that didn’t belong to my wife? I looked at my wife, and began to understand why she might have been asking the question.

I barely use the car. I cycle to work, and between the two of us, over the last three years, we have covered a grand total not much more than 12,000 miles. As a result, I don’t really keep all that much in the car… a spare pair of sunglasses, an atlas (once your satnav has tried to route you up the most ridiculous road in the world on Dartmoor, you soon remember the merits of an honest-to-goodness atlas), the service log book and a cable for connecting my iPhone to the stereo. Apart from various discarded tickets from various car parks, that’s about it. And if I don’t use the car very often, then you can imagine how rare it is to have a passenger who might then perhaps have left something behind. Never mind a *female* passenger.

At least I could explain why the ring had turned up now. We had the car cleaned last weekend, inside and out. They must have found the ring on the floor somewhere as they vacuumed and popped it into the cup holder for safe keeping. That was pretty honest of them, to be honest. We never would have known the difference if they’d just decided to pocket it. Good for them.

Meanwhile, my wife loomed over me for an answer.

Then I had a very distant memory of one of my colleagues losing a ring that she loved. I sent her a photo straightaway to see if was hers, and she confirmed that it was, indeed, her long lost and much cherished ring. Now all that remained was to try and remember why this ring might have ended up in my car. Why on earth would she have been in my car? To be honest, I’m not sure that my wife was all that reassured to hear that the ring belonged to my 26 year-old colleague. In fact, this fact probably raised at least as many questions as it answered.

We eventually worked it out: apparently I gave my colleague a lift to Birmingham airport for a day-trip we took to Dublin for work. She was running late when we met up at silly o’clock in the morning, so she had all her jewellery in her bag. By the time she realised the ring was missing, we were on the motorway and she just assumed she’d lost the it in the car park.

Well, I guess that shows how often I clean the car, anyway.
Posted by swisslet at 23:16