dreams hang in the air... 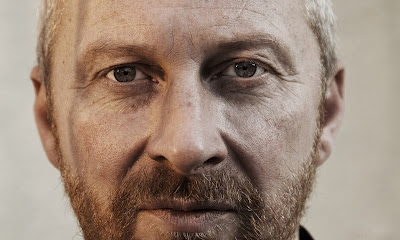 About six weeks ago, I decided that I'd take the next step at choir and sign up to sing a solo at a singposium.  This isn't an audition as such, but it's a chance to sing in front of an audience and to receive feedback on your performance.  It's a step up from just being a member of the choir and towards perhaps auditioning a solo for one of our concerts.  I wasn't sure if I was ready to do it, but I'd already picked out a song, and I signed up because I knew I would be disappointed in myself if I didn't at least try. The worst thing that can happen is that I get some feedback that might help make me a better singer.

I chose a song that I thought would work well in my register (and actually, because of the backing track that I have, I'm probably singing it even deeper than I initially thought).  The song came to mind because I heard a cover of it on the wonderful Smith & Burrows album on the way back up in the car from my parent's house at Christmas.  Tom Smith has a pretty deep and resonant voice, and the idea sort of took root from there.

The singposium is on Saturday, and I'm not really sure how I feel about it.  I'm not exactly nervous, but it has been an awfully long time since I sang on my own in front of other people.  I've practiced the song a lot and know it pretty well.  I'm singing it quite low in my register, but I hope it sounds okay... although I suppose I'm about to find out.

This evening, when I got home from choir practice, I found out that Colin Vearncombe, the voice of Black and the author of the song, has died at the age of 53.  I knew he had been in a serious car accident a while back, but actually hearing that he's died was a bit of a shock and is very sad news indeed.

It's a beautiful, sad song and I hope I can do it justice.
Posted by swisslet at 23:31

Email ThisBlogThis!Share to TwitterShare to FacebookShare to Pinterest
Labels: more important than that, music