Just another normal weekend in Nottingham. 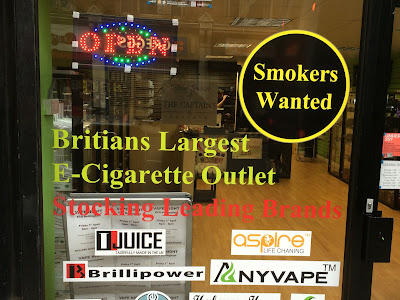 I don't care what everyone says: I think that there's nothing wrong with Britian. Education is important, but fulfilling Britians (it hurts just to type it) E-Cigarette needs is clearly importanter. 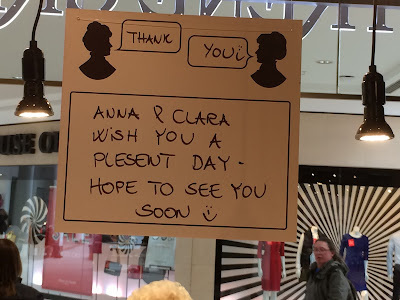 C's argument was that this shop is Danish.  I'm not sure the smiley face at the end is quite enough to cover up for that little horror.  It went down like a damp squid with me, let me tell you... 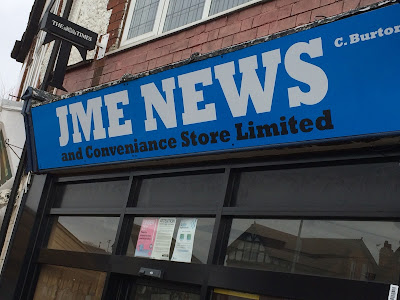 They've actually had this sign professionally made, you know.  Sidebar: are they going to specialise in news on JME when they open?  Also, will they still take DHL parcels like the last one?  It's just around the corner from us, so that would be pretty handy.

Maybe all of these shops are owned by European immigrants living it large at this country's expense? VOTE BREXIT SO OUR SHOPS HAVE SIGNS THAT ARE GRAMMATICALLY CORRECT.

That is the main thrust of their campaign, isn't it? Although I suppose it's possible that I've missed some nuances.
Posted by swisslet at 21:01