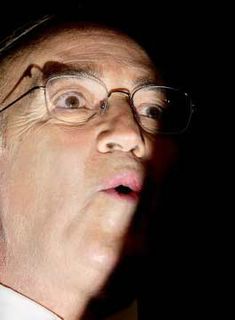 I've decided that it is the duty of this blog to provide some impartial reportage on the forthcoming UK General Election. I'm going to start by giving you the lowdown on the policies contained within the Conservative Party manifesto, which was launched today.

In case you aren't familiar with the intricacies of a British General election, the manifesto is the crucial document launched by every party at the start of their campaign: it outlines the policies that would form the cornerstone of the party if they were to win the election and form the next Government.

So what are the key planks of Conservative Party policy? What could we expect to find if Michael Howard wakes up in 10 Downing Street on 6th May?