everybody must get stoned 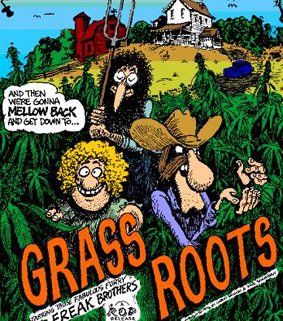 On the face of it, that was no big deal. It remained illegal to own it, illegal to supply it, and illegal to grow it. Both possession and supply remained criminal offences with a maximum penalty of 2 years imprisonment for possession and 5 years for supply. The only real difference was the maximum length of sentence, and the fact that the police would no longer have power of arrest for possession (although they retained it for supply and trafficking).

And yet suddenly the issue burst into life again this week when Charles Clarke, the British Home Secretary, announced that he had decided against reversing the decision to downgrade cannabis to a class 'C' drug.

Apparently there had been some serious misgivings as a result of studies that showed that there were strong links between cannabis use and mental illness. One study in New Zealand, suggested that regular cannabis use increased the risk of developing psychotic symptoms later in life. Another, from Maastricht University, suggested that taking the drug "moderately increased" the chance of psychotic symptoms in young people, but added that it had "a much stronger effect in those with evidence of predisposition for psychosis". 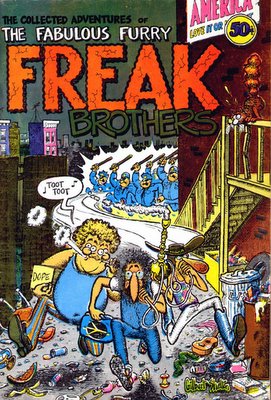 So Clarke has decided not to reclassify cannabis, but has instead ordered a wholesale review of the way that drugs are classified. It's a move that has been welcomed by the Liberal Democrats, but loudly condemned by the Conservative party, who have pledged to reverse this decision should we ever be unfortunate enough for them to come back into power.

I'm sick of this. I'm sick of all this posturing and all this hand-wringing. The Government only reclassified cannabis as a Class 'C' drug in an attempt to appear 'groovy' and to try and win a few votes. They stopped a long way short of actually decriminalising the drug. Now it looks very much as though they have had their arms twisted by the police and drug and mental health charities into reluctantly leaving things the way they are. The first sign of any opposition to their policy, and the Government couldn't apologise fast enough. They are terrified that they will lose the middle-England votes that would cost them an election. Those ordinary people who believe that cannabis is a "gateway drug" to a world of intravenous heroin use. Well it stands to reason, doesn't it? Most intravenous drugs users also smoke cannabis - ergo cannabis is the first step to a life of addiction. The fact that most intravenous drugs users also eat bread, drink beer and shop at a supermarket seems not to be relevant.

It makes me bloody angry. The battle-lines in this debate are so bloody arbitrary. Cannabis is illegal. Alcohol is legal. Heavy drinking is thought to kill up to 33,000 people in the UK every year. Over 9 million people in the UK drink at levels that put their long-term health in jeopardy. Alcohol is a factor in 30% of sexual offences, 33% of burglaries and 50% of street crimes. 70% of attendances in Accident & Emergency departments between midnight and 5am on weekends are alcohol related.

Do I need to go on? Should I mention smoking?

Alcohol is legal because it has always been legal. Although politicians huff and puff about binge drinking and longer licensing hours, they will never seriously consider banning it.

Cannabis has only been illegal in the UK since 1928. Why is it illegal? What serious grounds are there for cannabis to remain illegal as long as drugs like alcohol and tobacco are openly on sale?

It's not the fact that it's illegal that particularly pisses me off, it's the fact that no politician will ever attempt to change the law as long as they perceive that it will cost them votes. Like so many other things, it's a political football. I'm sick of politicians pretending to care about people and their welfare, when it's apparent that all they actually care about is staying in power. I know that's hardly news, but it's pissing me off.

'And on the seventh day, god stepped back and said "There is my creation, perfect in every way... oh, dammit I left pot all over the place. Now they'll think I want them to smoke it... Now I have to create republicans."'

I need to chill the hell out.

I've just re-read this post, and I'm a little annoyed at myself for putting up something that patently has nothing new to add to this debate. I was thinking about what I had written as I got ready for bed, and as I was cleaning my teeth, I had this horrible vision of how posts very similar to this one have probably been published on weblogs across the internet for years, and how I wasn't really saying anything much at all. I'm also pretty sure that most people reading this will probably largely agree with me. We're all fairly liberal (note the lack of capitals there), we have a social conscience and we recognise that it is ridiculous that alcohol is legal and cannabis is illegal. So what? Shall we all agree together?

Sorry. I'm not taking this out on you.

The thing is that I've been watching Charles Clarke (now there's a man who looks like he never went to the right kind of parties) on TV all week, and he's really been irritating me with his posturing on this. I realise that this is what politicians do, but for some reason I found the whole stupid circus especially ridiculous this week. It made me think of Bill Clinton smoking but not inhaling, and all the fuss that was made during the Conservative leadership campaign when David Cameron refused to acknowledge or deny that he may (or may not) have tried illegal drugs (gasp!). Stupid, stupid, stupid.

Maybe I should have spent the time telling you all about my comical inability to roll a competent jazz cigarette (or indeed any other kind of cigarette).

Maybe I'll tell you about that another day.