these sounds fall into my mind

For the first time in a little while, I found myself standing in a shop a little after 08:30 this morning attempting to buy myself a couple of new release CDs.

The CDs in question? 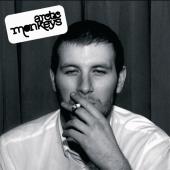 Whatever People Say I Am, That's What I'm Not - Arctic Monkeys 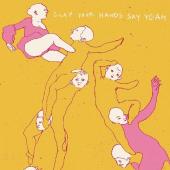 I've done this several times before in my life. Usually it is an album that you can't wait to get your hands on, one that you have waited for in breathless anticip-p-pation for months. I can remember stopping off at Milton Keynes shopping centre on my way back from the Reading Festival in 1994 to try and buy myself a copy of "The Holy Bible" by the Manic Street Preachers. I had seen the band performing that weekend, and they had blown me away with their new material, and when I heard that the album was out the very next day, I just had to get myself a copy. I know it sounds pretty quaint now, but in those far off distant days of 1994, all the shops were shut on a Bank Holiday, and I was forced to go home empty handed and wait for another day before getting my grubby hands on a copy of what is still one of my favourite albums.

I can remember a few others as well: A Different Class, Coming Up, The Bends, Parklife, Be Here Now (yeah I know - but didn't you?), Vauxhall & I, OK Computer, A Rush Of Blood To The Head.... and loads of others.

It's probably a bit Nick Hornby, but there was something great about knowing that you were one of the first to own that great new album. Sometimes I'd have to wait for a little while before I could have a listen though: I didn't have a discman for years and spent a fair amount of time welded to my cassette walkman, and it was only about 5 years ago that I first got a car with a CD player in it. Sometimes I wouldn't get to listen to my new purchase for days: I bought "Coming Up" in Buxton when I was on holiday, and I didn't have access to a CD player until I got home about a week later. I'm not sure it was worth the wait, to be honest.

It's not really the same now, is it? The digital age means that you can either pre-order something months in advance on Amazon, download it from iTunes at midnight, or you can just get your grubby hands on some illicit MP3s you found via a filesharing website. The Arctic Monkeys actually had to bring the release of their album forward by a few weeks because it had leaked onto the internet.

So why did I bother this time?

I normally listen to music at work through my iPod. It's a fantastic gadget, but it takes a little bit of effort to get stuff on there. To get the music on, I add it to the music library on my computer at home and then I sync it on and off we go... I can't do this at work, so there's not all that much point making a special trip to pick up the CD on the way to work. I might buy it on the way home, but I won't queue up to wait for the shop to open - I'll take the extra 15 minutes in bed.

I work in a big open plan office, and I sometimes find it really hard to concentrate so I listen to music. My iPod's been nicked, so I've been listening to CDs, and I fancied listening to something new.

(oh. And it was a Monday, I had a terrible night's sleep, I don't really like my job and I thought the world wouldn't collapse if I was 15 minutes late for work. It didn't.)
Posted by swisslet at 20:31